Airbrushed Sexting: What We Can Learn From Snapchat 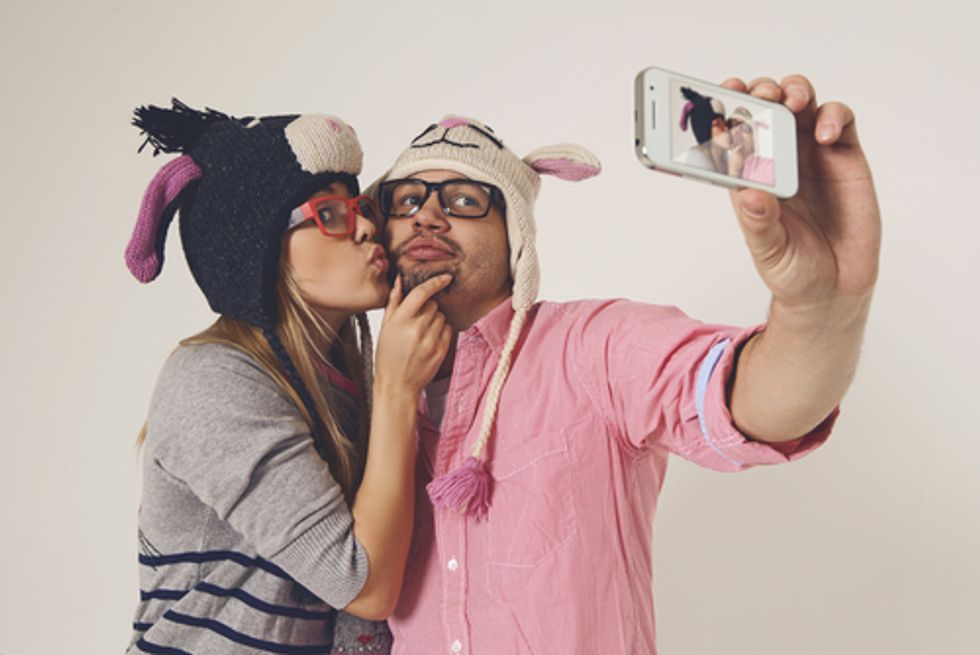 When I first learned about Snapchat in early 2012, I laughed it off. It seemed like a fun, novel idea but not a potential staple in our digital lives. As a long time text and chat user, I was used to permanence in my written communication. I wanted my past conversations to have a searchable history. There’s something delightful about being able to sift through one’s past messages and see how relationships have evolved over time. When crafting a text with a new acquaintance, there’s something comforting about reading through one’s past exchanges to gauge the tone of the conversation and to see what past messages worked in tight situations. But these are the ramblings of an over-cerebral nerd, someone who could probably thrive with a prescription of “a little less thinkin’.”

I realized that, in analyzing the specific merits of textual communication, I lost the big picture: Snapchat, and the rest of the ethereal communication apps, is a better model of real, face-to-face interpersonal interaction than, say, SMS or messaging.

Human history, up until about 5000 BC, was an invisible thread. People lived their lives, told stories to their tribes, and passed on. The important information stuck in memory and persisted in the group for weeks, years, or generations. As long as it was immediately useful it was recalled and rehashed. The origin stories and parables stayed alight for centuries and even millennia, providing groups with important life-knowledge and a sense of purpose. But most of what has occurred in this blue dot called Earth has never existed beyond the vibrating neurons of its observers. With the advent of somewhat sophisticated writing in the Bronze Age we started to make our invisible personal experiences visible.

All of this is to say that with the advent of instant, ephemeral visual communication, we have moved away from the relatively recent construction of permanence in our communication, and have created a close approximation to face-to-face interaction. We’ve moved closer to our natural communication preferences; what our perceptual and cognitive apparatus evolved to do. It’s why many describe the pictures and messages in Snapchat as “more real." As Sean Haufler, a student at Yale, writes:

"Snapchat’s time limits make snaps more engaging. Since snaps disappear seconds after they are opened, users feel comfortable sending spontaneous and personal messages that they would not want ingrained into digital histories. Sending a headshot to a friend via text feels forced, but sending a warm gaze or a silly face via Snapchat is natural. Snapchat pictures tend to be candid and unprepared, which makes the messages feel more personal, more real. Additionally, since every message has a time limit, users are present when opening snaps. Snapchat attracts its users’ full attention since they have only a few seconds to capture the details of each message. This engagement makes the experience more satisfying – it feels like a real conversation. Interestingly, Snapchat maintains the feeling of a one-on-one conversation even when messaging groups."

But the question always becomes: Then why aren't closer approximations to face-to-face communication, such as Skype, FaceTime, etc., more popular? I think there are two primary answers:

Asynchronous communication is convenient: We always have a few moments to spare throughout the day. But we don’t always have unbroken chunks of time with which we can chat.

Staged communication lets us present our best self: Real-time communication, like Skype, doesn’t let us hide anything. People can see our face in its entirety in real time. There’s no chance to frame the shot to perfection, add a filter, and make it as flattering as possible.

So in the modern battle for attention, it seems that ease, convenience, and self-flattery win out over fidelity and responsiveness. With impermanent asynchronous messaging we’re able to have a somewhat uninhibited, free-flowing conversation while simultaneously showing our best selves. This is known as a win-win. As we continue to evolve our methods of communication, we’ll continue to see even more pronounced examples of this same pattern: Authenticity with a sheen. Realism without the worms. Life with all the glory, thanks to a little airbrushing.