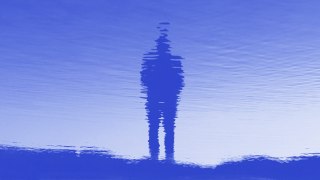 Will mankind destroy itself?

Theoretical physicist Michio Kaku sees two major trends today. One eventually leads to a multicultural, scientific, tolerant society that will expand beyond Earth in the name of human progress. The other trend leads to fundamentalism, monoculturalism, and — eventually — civilizational ruin. Whichever of these two trends wins out will determine the fate of mankind. No pressure, everyone.

Question: What is the likelihood that mankind will destroy itself?

The danger is the transition between type zero and type one and that’s where we are today.  We are a type zero civilization.  We get our energy from dead plants, oil and coal. But if you get a calculator you can calculate when we will attain type one status.  The answer is: in about 100 years we will become planetary.  We’ll be able to harness all the energy output of the planet earth.  We’ll play with the weather, earthquakes, volcanoes.  Anything planetary we will play with.  The danger period is now, because we still have the savagery.  We still have all the passions.  We have all the sectarian, fundamentalist ideas circulating around, but we also have nuclear weapons.  We have chemical, biological weapons capable of wiping out life on earth.

Then we’re beginning to see the beginning of a type one culture.  Everywhere I go you turn on the radio and what do you hear?  Rock 'n' roll, you hear rap music.  You hear youth music.  Youth music is now planetary, knows no boundaries around the planet earth.  Everywhere I go I see high fashion: Chanel, Gucci bags.  We’re witnessing the birth of a planetary fashion.  Also sports, take a look at the Olympics.  Take a look at soccer.  We’re seeing the beginning of a tribal initiation rite called sports being turned into a planetary initiation rite that unifies the entire planet.

Now in outer space we look for signs of intelligent life in outer space.  So far we find none.  Civilizations like type one should be commonplace in the galaxy.  Some people assume therefore that type zero civilizations are rather common, but only a few of them make it to type one because that society for the first time in its history has the ability to commit planetary suicide, so maybe that is the reason why we don’t see aliens in outer space.  Maybe they never made it.  Maybe one day when we have starships and visit them we’ll see atmospheres that are irradiated because they had a nuclear war, atmospheres too hot to sustain life because they had a runaway greenhouse effect.  Maybe when we go in outer space we’ll see the corpses of type one civilizations that never quite made it.  Who knows?

How to Stop Robots From Killing Us