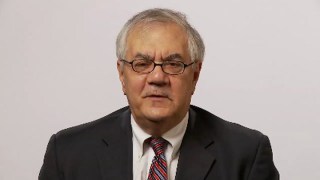 Would Congressman Frank support a piecemeal approach to health care reform? He’s rethinking it all.

Question: Could you support a piecemeal approach to health care reform? (Politico.com)

Barney Frank:  I don't know.  I overreacted the day of the Massachusetts election and said, you know, “Maybe we have to stop this” because some of my Democratic colleagues are talking about some things that I thought were not procedurally appropriate.  That was an overreaction on my part because I wanted to make sure we didn't do anything--some people were talking about well, should we not seat this guy for awhile, or pass the bill before that?  It wasn't serious but I really thought we needed to nail that down.

Now I don't know.  I do want to try to go forward.  This is very important.  That 60 vote problem and the Senators there, one question is, "Look, you had Senator Olympia Snowe who voted for reversion of the bill.  Is she going to continue to insist on nothing?"  I want to do some things.  I certainly believe if we can pass a package of things that make the current situation better, that help people with pre-existing conditions, that don't allow a lifetime cap.  Sure.  I think you always want to try to make things better.  But exactly how best to do that is still being discussed now.

Question: Republicans were able to pass major legislation as a smaller majority. Why can't Democrats? (Politico.com)

Barney Frank: Well, one, we have passed major legislation.  We passed the Children's Health Expansion.  We passed a good bill to reverse anti-discrimination.  We passed a good economic recovery bill which has held unemployment down below what it would have been over Republican objections.  The other answer, though, is this:  When the Republicans were passing legislation, we were in a good economy.  Unfortunately, the economy was deteriorating, I think as a consequence of their refusal to regulate the financial industry, and President Obama inherited one of the worst recessions in history, the worst since the Great Depression, and it is much harder to do things in a very depressed economy with revenues tied up and people hurting than it was in a good economy.  So by the policies that led to this terrible recession that Obama inherited, things became more difficult.