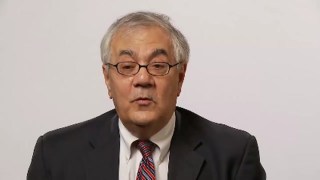 Question: Will you vote for the tax bill that levies cost to Wall Street in return for subsidies that enables financial communities to survive? (Robert Lenzer, Forbes Magazine)

Barney Frank:  Absolutely.  I think that the arguments that are being made against this are, to use a technical economic term, entirely bogus.  They didn't just get TARP money.  They say we repaid the TARP money.  Well, they did but you know, getting a loan in a time when no one else will give it to you is a benefit even if you later repay it.  But there were many other programs by the Federal Deposit Insurance Corporation and the Federal Reserve and the Secretary of the Treasury to help the financial institutions.

It was very frustrating for many Americans because it was these financial institutions' irresponsibility that had brought about the financial crisis and then to get out of this terrible crisis, to avoid a again, Bush's top economic appointees, Bernanke and Paulson, came to us in September of 2008 and said, "If you don't act, there'll be a total meltdown.  There'll be the worst depression ever."  By the way, even if you didn't think that was going to be the case, and I think it probably was, when the Secretary of the Treasury and the Federal Reserve say, "If you don't do this, there'll be a meltdown," there's going to be a meltdown.  It's a little bit self-fulfilling.

At any rate, we responded and to save the economy, we had to do some things that helped the banks.  That was infuriating to people.  But there was no other way around it given the centrality of credit in our economy.  So yeah, I think it's entirely reasonable now.  As a matter of fact, that idea that the banks have to pay for it was in the original bill we passed not at the Bush Administration's request, but at the Democratic Congress' initiative to require that the financial institutions repay this.  And it doesn't just have to be what they got out of the tarp.  They got aid in a lot of other ways.

They tell us, "Oh, but if you make us pay this tax, we won't have any money to lend."  First of all, they're doing a lousy job of lending now and we'll be having a hearing a couple weeks after this interview to force them to do more if we can.  But secondly, the bonus' they are giving each other far outweigh every year the taxes.  So if paying this $9 or $10 billion a year in taxes is going to be a problem, then what about the $100 billion in bonuses?  So that's why I say it's entirely bogus.

Question: “Affordable housing” is equated with subsidized mortgages and mortgages with low down payments.  Did we take this approach too far? (Arnold Kling, Econlog)

Barney Frank:  Oh, I don't have to use hindsight.  I was against it at the time.  You have to separate it out.  By affordable housing we have generally meant rental housing.  One of the great conservative mistakes was to kill rental housing programs and say the way to help low income people with housing is to help them buy homes.  Frankly, in many parts of the country, the housing is too expensive for allowing the people to buy homes.  I'm very proud that a man named Larry Lindsay, who was a high economic appointee of Presidents Regan and both Bush's cited me as one of the few political figures who specifically was critical of pushing lower income people into home ownership.  Yeah, I think that was a terrible idea and I said so at the time.  I wanted to do more affordable rental housing.

I had an argument with the Secretary of HUD, Mr. Jackson, Bush's Secretary of HUD.  And he said he wanted to cut off Section 8 for people after five years, and that's rental assistance.  I said, "Well, Mr. Secretary, where will they live?"  He said, "We'll help them become homeowners."  So yeah, I think it was a terrible mistake and I said so at the time, to push lower income people into homeownership.  Some can do it, but rental housing was better and it was unfortunately ideologically opposed.