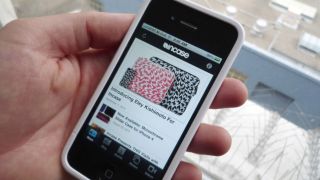 Though Richard Dawkins has earned fame for explicating the human past, what currently excites him most in science is the prospect of a future where accessing one’s genetic information is as easy as calling a friend on an iPhone.

Question: What excites you most in science today?

Richard Dawkins: I suppose in my own field of biology it would be molecular genetics. It has enormous potential. It's advancing at an extremely rapid rate, coupled with computer science, which is also advancing at an extremely rapid rate. And the two are genuinely coupled; that's no accident. Moore's Law in the world of computer science states that computer power measured in various ways increases exponentially, and its doubling time is something like eighteen months.

There's another law which I've coined Hodgkin's Law, which says that sequencing genomes, the power to read genomes, increases exponentially, and the doubling time is not quite as fast as that; it's more like twenty seven months. But Hodgkin's Law and Moore's Law are related because genetic sequencing is -- the technology is very dependent upon computers. And so part of what has fed into the increase in the rate of -- in the increase in the power to sequence genomes has been the increase in computer power, which is Moore's Law.

So the two together are rendering our world ever stranger ever faster. And the Internet as we now know it would have totally astounded me if -- when I first started using computers in the 1960s, I dimly thought that something like the Internet, mass communication, might come about. But I never thought it would be anything like as powerful as it is. I would have been just blown over backwards if somebody had suddenly plunked me in front of a modern -- pushed me forward in time to 2009 and showed me a modern computer and the modern Internet connection. The same thing is happening and is going to happen to biology with respect to genome sequencing. And it's going to become possible to sequence the genome of an individual of any species for very little money, very fast. And that's going to open up enormous vistas for biological research.

And for medicine, because it means that, for example, doctors, instead of prescribing a sort of generic treatment for the disease you've got, for an average person, will prescribe the particular treatment that you as an individual need because of the particular fingerprint of genes that you've got. And that's going to be a radical change in medicine. In biological research it means that we can just sequence the genome of any species we like very quickly. Biologists of the future may be able to catch an animal or plant in the wild, stick a probe into it and immediately read out off a sort of iPhone dial its genome. This would be an astonishing leap in research power

Question: How close do you think we are to this ability?

Richard Dawkins: Well, it's becoming -- it's coming closer all the time. It's already possible to sequence a genome for a few -- I forget how -- I forget what it is -- but I mean it's a manageable number of dollars. It's still a lot, but by 2050 it'll be possible to sequence the genome of an individual for probably tens of dollars. And that would be quite an extraordinary state of affairs.