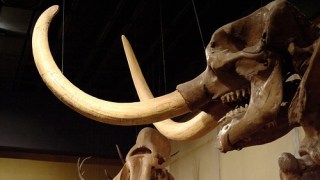 What Mastodon Hunting Tells Us About Networks

Question: How can startups or other new organizations design rnsocial networks for maximum effectiveness?

Nicholas rnChristakis: I want to emphasize that although I am obsessed with rnnetworks and a zealot for networks I do not think they’re a panacea. rnThat is to say I don’t think that every social problem or every social rnchallenge can readily or easily be mapped with some kind of network rnintervention. And you know we have all kinds of other longstanding rnpolicy levers at our disposal—taxation policy, legal policy, rnadvertising—I mean there are lots of ways in which we try to change our rnsociety for the better let’s say. So I don’t think that for instance anythingrn can be addressed with a network approach.

Now with respect rnto organizational networks, for example, startups that you asked about, Irn don’t have like some kind of general rule, but I’ll give you a little rnnugget of an idea, which is that in the network of organizations you rndon’t want to be overly networked or overly densely interconnected with rnentities that resemble you, nor do you wish to be too diffusely linked rnto entities that don’t resemble you. There is a kind of a sweet spot in rnthe middle and my favorite example of this at the individual level is rnsome work that was done by a colleague of mine, Brian Uzzi at rnNorthwestern University. And what he did is he was very interested in rnthe success of Broadway musicals and this is a very famous paper of his rnand he assembled a dataset of about 350 Broadway musical production rncompanies—so the director, the producer, the actors and costume rndesigner, so forth—and he mapped what the network of those people were, rnhow interconnected they were and at one extreme you could have rnindividuals who never had interacted before and that would be what we rnwould call in network science very low transitivity or very low density rnin the ties between the people. So people didn’t really know each other,rn they hadn’t worked together before. At the other extreme you had a rngroup of people all of whom had all worked together before, so very highrn density of ties. Everyone knew everyone else within this little networkrn because they had all worked together before. And in between you had a rnmixed bag. Some people who had worked together before on the team and rnsome were new to the team and had never worked with anyone on the team rnbefore. And when he plotted financial success and commercial success of rnthese Broadway musicals on the Y axis and the density of ties or rntransitivity on the X axis, he found that if everyone had worked rntogether before the show was a flop. And if nobody had worked with rnanyone else before the show was a flop. And the optimal success was in rnthe middle, when you had the middle number of interactions or ties rnbetween people. Something between let’s say graphite... you know, coal, rnwhich is totally disconnected, and diamond, which is everyone rigidly rnconnected, something in between was optimal... to pick up the example ofrn carbon we discussed earlier.

So I suppose then if one wanted torn extrapolate and I’m not saying this is true, but I’m saying one could rnimagine this to be true. If you’re an organization and you’re embedded, arn startup as you asked, embedded in a network of other organizations you rnwant to have some relationships with firms that resemble you, but you rnalso want relationships with firms that are very different to maximize rnyour chances of success. And actually these ideas relate to some other rnideas that James Fowler and I have explored on the genetics of human rnsocial networks and what we find is that people vary in their rntransitivity. People vary in the extent to which they’re friends know rneach other. So most people who are familiar with the idea that people rnvary in how many friends they have, some of us are born shy, some of us rnare born gregarious, some people have no friends or two friends, some rnhave 80 friends or eight friends. People vary in how many social rnintimates they have and people are familiar of thinking about this as a rnkind of a genetic... maybe it’s partially genetic if you’re born shy or rnnot. And in fact in our work we found that about 46% of the variation inrn how many friends you have can be ascribed in part to your genes.

For example, in evolutionary time, you know, maybe torn bring down a big animal, so if you want to hunt a mastodon you want a rngroup of people who all know each other very well, everybody knows rneverybody else. Let’s go kill the thing. On the other hand if you want rnto find a mastodon that’s not the group you want because if everyone is rnconnected to everyone else your friend’s friend is right back again a rnfriend of your own, so do you know where the mastodon is? No. Do you rnknow where the mastodon is? Each guy comes right back to the first guy rnwhereas in a network that has low transitivity your friend’s friend is rnnot your friend. That person is now able to get information from a more rndistant location within the network, let’s say about where the mastodon rnis. So the point is, is that different microstructures of the network rnconfer different advantages depending on what the challenge is. If the rnchallenge is to acquire information you might want low transitivity. If rnthe challenge is to work together you might want high transitivity. And rntherefore it’s not hard to imagine that these tendencies as well might rnbe deeply rooted within our genetic heritage.  So we find this too and rnso what we find therefore is that human beings assemble themselves into rnparticular kinds of networks. We do this naturally. We vary one person rnto the other in what kinds of networks we construct for ourselves and rnwhatever network we construct for ourselves, turns out has rather rnprofound implications for our experience in the world.
Recorded March 31, 2010
rnInterviewed by Austin Allen
Up Next