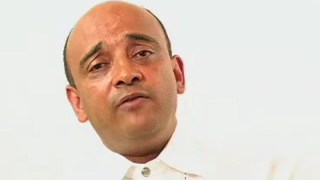 What is human nature?

A world that respects diverse human natures is critical.

So for example, the salience of identities is deeply rooted in a feature of human beings, and a feature of our psyches of a need for this kind of identity, and the solidarity that goes with it, and the meaning that comes from it. Which if it weren’t in our natures, these things wouldn’t matter. Identity wouldn’t matter. It matters only because it matters to us as humans. And it matters to us as humans because of the kind of creatures that we are.

So I think that’s one of the places that I start.

But I think that I also want to say because of how I think about our psychologists, I think that it’s crucial to recognize that the institutional context in which people live makes a huge difference again as to what their possibilities are.

It follows from that that you want to make a world in which nobody is in the situation which would tempt anybody to commit a crime. There are, I think, people – we tend to call them psychopaths or sociopaths – that are people who may be more easily tempted to those things in normal circumstances. So we need to keep an eye out for them.

But most people won’t commit crimes if they have reasonable amounts of resources, and a family that loves them, and a community that makes sense to them, and a decent police force.

So I think looking back on history reinforces for me both the persistence of human nature and the importance of institutions. The importance of organizing the world in ways that respect our natures and allow us to do, given our natures, to lead good lives and behave well towards one another.