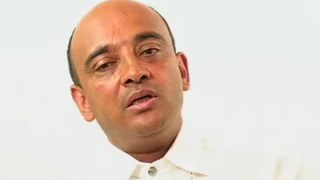 It’s important to apply our identities in relation to context and people.

Kwame Anthony Appiah: So some identities are, as philosophers would say, determinants of a determinable.

So in that sense that mutual exclusivity is built into the structure of some kinds of identity.  But there's nothing in general about identities that excludes the overlap of different forms of identity of gender, and race, and sexual orientation, and religion, and nationality, and class all in a single person. And indeed most people have all of those things.

Well what's a sensible thought about how to deal with them? And this relates to what the proper answer to the question of what your identity is.

Usually in a context, it's pretty clear which aspects of your identity are the ones that are relevant. If I'm at a meeting of the American Philosophical Association, my identity as a philosopher is kind of important. But if I go to a meeting of a church group, it probably isn't. And so I know without thinking about it often what the relevance is of different dimensions of my identity.

Question: How can you pick an identity?

Kwame Anthony Appiah: I think there are two helpful guiding thoughts. One is morality is helpful there. That is to say that there are general obligations that we have to other people independent of their identity and our identity, and we better make sure we discharge those first of all.

So I think that’s one thing. Morality helps – morality which defines what we owe to everybody irrespective of their identities.

The second thing is that sometimes we do have to make choices. That’s part of what it is to make a human life. It’s to weigh in the balance.

It can sound very difficult in theory, but my model for this really was my father. My father was an Ashanti and a patriot of Ashanti; and a Ghanaian and a patriot of Ghana. He wrote an autobiography called “The Autobiography of An African Patriot” because he was a Pan-Africanist. He was a devout Methodist and very active in his church and cared about his church. And he was a citizen of the world. He was an ambassador of the U.N. for a while, and he worked very much in international affairs. He cared about relations among nations.

Now you might think how can you be a loyal Ashanti and a loyal Ghanaian? After all Ashanti is a kingdom in the middle of the Republic of Ghana. Well the answer is, you know, look at my father’s life as it were.

And look at lots of lives. People do this sort of thing all the time. You can be a loyal citizen of Texas and a loyal American. Occasionally they will pull you in different directions and then you have a choice to make. But much of the time, being Texan is going to be what matters for some purposes, and being American is what matters for others.

And when they do come into conflict, you have many things to appeal to help you resolve the conflicts, including, I think, your own sense of the relative weight in your own life, which is up to you of your state identity as opposed to your national identity.

So you can’t tell people; these are things that people have to figure out for themselves, because there is no morally correct answer, no ethically pre-given answer given to the question, “What’s more important – Texan or an American? What’s more important? You know, a Christian or a philosopher?”

You have to figure it out for yourself. I think all you can say to people in trying to be helpful is that you’re often going to have people who share one of these identities with you, make demands of you on that basis; but you’re entitled to resist in the name of your morality; in the name of a human identify; but also in the name of other identities that you have and which you don’t share with them.

I worked out the other day that you only need to have 32 properties to have a set of bundles of properties such that everybody in the world can have a distinct and unique bundle of properties. Because two of the 32 is bigger than six billion, and there are only six billion of us.

So even in the smallest village, right, there are both men and women. So all the other identities are potentially inflected by gender. And among the women, some have more resources than others. Some are married and some are unmarried. Some have children and some don’t have children. All of these affect how their lives look to them and how they’re going to make the balance of these things in their lives.