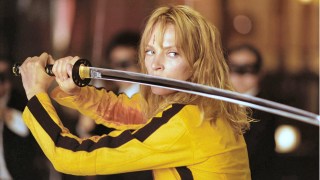 Trust and Revenge Are Irrational—But Vital to Our Society

The world would be a terrible place if everybody acted rationally all the time.

Big Think: What would the world be like if everyone always acted rationally?

Dan Ariely:  I think the world would actually be quite terrible if everybody would be perfectly rational.  And, you know, when you a ask people this question initially, you say, “Oh, yes, I want everybody to be rational.”  But the fact is, that I picked the title, "The Upside of Irrationality," because I think there’s a lot of wonderful things about irrationality.  I’ll give you two examples.

The first one is, imagine that you left your wallet on your desk and you went out for lunch.  What are the odds that somebody will steal it, right?  And now think about what are the odds that somebody would steal it if everybody you worked with was perfectly rational?  If everybody was constantly doing the cost benefit analysis, if that’s all what people were doing, they would pass by your desk, they would say, “Hey, nobody’s here, nobody’s looking, I can steal this and have no chance of being caught, let me do that,” right?  In fact, if we lived in a society where everybody was just maximizing their own self-interest all the time, it would be quite a terrible place to live.

Here’s another example: Imagine a game we call the "trust game" and then I’ll tell you about the trust game with revenge.  So imagine two players, player A and player B.  And the trust game looks like this.  We tell player A, “Hey, player A, you have $20.  You can do two things, you can either go home or you can give your money to player B.  And you don’t know who player B is and you’ll never meet them.  If you sent your money to player B, player B will get $80, the money will quadruple magically on the way.  And now player B could decide to do two things, they could go home with $80, in which case you will get nothing, or they could send you back half the money.”  Now, think about this situation, imagine you’re player A and you’re asking yourself, “What would player B do?”  If player B was perfectly rational, what would they do?  They will go home with all the money, right?  They will maximize their self-interest. Why would they give you back any money?  So if you thought that player B was perfectly rational, would you send them the money?  Of course not, right?  So the rational prediction is that player B will never send the money back and because of that, player A will never trust him to start with.

So people... this is the case when people are nice in economic theory.  But imagine if you’re player A, and you send the money to player B, and player B took the money and left.  And now I come to you and I say, "Really sorry, player A, you lost all your money, but I tell you what?  If you go into your checking account and you get more money out and you give it to me, for every dollar you give me, I will go, I will hunt player B down and I’ll take $2 away from them.  You give me $2, I’ll hunt them down and take four.  You give me 10, I’ll hunt them down and take 20 from them."  And the question is, would you lose more of your own money to exert revenge on them?  You just lost $20 and you can lose even more to exert revenge on them.  And everybody who had a divorce or a big break up know the answer, right?  When we feel betrayed, we would spend lots and lots of money to inflict even more pain on the other side.  And when Ernst Fehr and some of his friends did work like this, they basically put people in an imaging so they could image people’s brains while they were executing and plotting revenge.  And what they saw was that the activity of revenge was rewarding, it was pleasurable.

Now, again, it’s irrational—why would it be rewarding and pleasurable?  Think about it this way, imagine that you and I were living on a desert island and imagine I had a mango and you wanted my mango, and imagine I kind of looked, I was away for a minute, and you could steal my mango.  If you thought that the only thing I was doing is a cost-benefit analysis, you would say, "Hey, if I steal Dan’s mango and run far away enough, he will do the cost-benefit analysis, he will decide not to chase me, not to find out what happened, he’ll just go and get a new mango.”  And under those circumstances, a good chance you’ll take my mango away.  But what if I was a revengeful type, what if you knew that if you stole my mango, I will not sleep and I will not rest.  I will hunt you down, it doesn’t matter how long it will take me and how far I’ll have to run and how many nights I will not sleep, I will hunt you down, I’ll take my mango and all your bananas and your goat and your whatever, whatever it is.  Under that condition, you will probably not start with me to start with, right?  You will not take anything away.

So the way to understand it is that trusting is irrational but we do it.  Revenge is irrational but we do it, and we do it because trust and revenge are actually two sides of the same coin.  Trust is incredibly important for society.  Imagine how we would live in a society without trust.  But to have trust, we also have to have revenge and those things together make sense.  They are both irrational, but they both make sense and they actually help us to live in a better society.  So would I prefer a society where everybody is rational—I don’t think so, not in a long shot.

Why Amazon Awards Success Without Permission