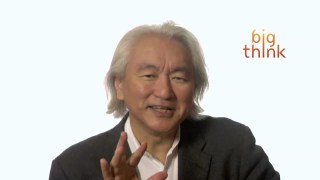 The Supergenius: Inside the genius brain

Michio Kaku on what makes a supergenius.

Michio Kaku: If you watch the "Big Bang Theory" on CBS television you see these clueless nerds who are doormats when it comes to the opposite sex, right. And you realize is there any basis in reality? First of all none of my friends are like that and all my friends are physicists, right.

Well there is a kernel of truth and that is some of these individuals may suffer from something called Asperger’s Syndrome which is a mild form of autism. These people are clueless when it comes to social interactions. They don’t look you in the eye, for example. And yet they have fantastic mental and mathematical capabilities. We think, for example, that Isaac Newton had Asperger’s. The greatest scientist of all time was very strange. He had no friends to speak of. He could not carry a decent conversation and yet here he was spitting out some of the greatest theories in the history of science. Calculus. The Universal Law of Gravitation. The Theory of Optics. And we think he had Asperger’s Syndrome.

Now Asperger’s Syndrome is a mild form of autism and in autism we have what are called savants. That is people that have an IQ of maybe 80 but have incredible mathematical and musical abilities. In fact, some of these individuals can hear one symphony and just play it by memory on a piano. Other people could be in a helicopter, have a helicopter ride over Manhattan, see the entire New York harbor and then from memory sketch the entire harbor. In fact, if you want to see it go to JFK Airport in New York City and you will see it as you enter the international terminal. So what is it about these people? Well, first of all a lot of them had injuries to the left temporal lobe. One individual had a bullet as a child go right through the left temporal lobe. Another person dove into a swimming pool and injured very badly the left temporal lobe. And these people wound up with incredible mathematical abilities as a consequence. And so what is it about their brains?

Well Einstein’s brain has actually been preserved. Einstein when he died had an autopsy in which case the pathologist stole the brain without permission of the family. He just realized that he was sitting next to something historic, took the brain, took it home with him, and it was sitting in a jar in his home for decades. He even drove across the country with the jar inside his trunk. And there’s even a TV special where you can actually see the cut up brain of Albert Einstein. And you realize first of all the brain is a little bit different. You can’t tell by looking at it that it’s so remarkably different but you realize that the connections between the prefontal cortex and the parietal lobe – a connection that is accentuated in people that do abstract reasoning is thickened. So there definitely is a difference in the brain of Einstein. But the question is did it make Einstein or did Einstein make this change of the brain?

Are champions born or are they made? That still is not known because people who exercise mental abilities, mathematical abilities, they can thicken that part of the brain themselves. So we know that people who do well in mathematics, brain scans clearly show that their brains are slightly different from the average brain. So in conclusion, we’re still children with regards to understanding how this process takes place. Tonight don’t go home and bang yourself on the left temporal lobe. We don’t know how it works. We just know that in a tiny fraction of these cases people with injury to the left temporal lobe, some of the become super geniuses.

Fareed Zakaria: The Future Economy Will Be Based on Learning