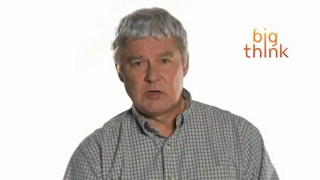 The Outer Limits of Human Survival

Question: How long can we survive without food and water?

Laurence Gonzales: When you’re in a true survival situation, the survival schools will teach you that you can go three minutes without air, three days without water, and three weeks without food.  That’s kind of a rule of thumb.  And they’ll also teach you that basically, you’re training to survive for 72 hours.  They should be able to get to you and rescue you within that time.  The fact of the matter is most people who are going to die out there die within the first 24 to 48 hours.  This is an interesting phenomenon because, again, a lot of them have what they need to survive, and yet they don’t.  So there is definitely a phenomenon of giving up.  There are people who simply give up.  And it’s surprisingly easy to die out that if you give up.  So it’s very important to recognize what the outer limits are, but it’s also important to recognize that even though they say you can go without water for three days, there are cases where people have gone for nine days.  Anything’s possible.

Question: In all your research, which survival story stands out as the most unlikely or unusual?

Laurence Gonzales: There’d been a number of survival stories that have really surprised me because of how bizarre they were or unusual they were, or unlikely that the person was to survive.  One in particular involved a lady named, Debbie Kiley, who was on a ship that sank in a hurricane.  And she and a group amounting to five people were thrown into a small boat together on the ocean.  They had no water, they had no supplies at all, and they drifted for several days this way.  And it was very interesting because of how the people broke down into the various characters.

Debbie Kiley was very determined, very organized, she was pretty wobbly at first, but she pulled herself together and with one other member of the crew was able to form a pact that they were going to stay together, help each other, watch each other when they slept and not drink sea water.  One member of the group was badly injured and was destined to die anyway.

The two other members of the group, the Captain and the First mate, both were very wobbly from the start.  They really had no resolve and they began drinking sea water.  And after a time, first one of them said I’m going to the 7-11 to get some cigarettes, and he got over the side of the boat and swam away and was eaten by sharks.  And then the other one said, I’m going for a swim or something like that and he went over the side and was eaten by sharks.  And they could hear these people being eaten by sharks during this whole episode.

So it kind of showed how really some people are destined not to make it from the very beginning.  One of the people who died, when the boat was sinking was screaming, “We’re all going to die!  We’re all going to die!”  And I always say that if that had been in a movie, that would have told you which character was going to die in the end.

What Makes a Survivor?