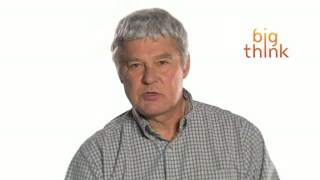 What Makes a Survivor?

The people who are likely to survive against all odds are not “weekend warriors” but rather those who are persistent, prepared, organized, and calm in extreme situations.

Question: How did you first get interested in survival?

Laurence Gonzales: Well the first time I became interested in survival, I was just a little kid and I was hearing stories about my father, who was a combat pilot in World War II, and I was realizing that for some reason he had survived and nine of the 10 in his crew had not survived.  And it started me wondering, why some people survive and some don’t.

Question: What have you learned through your research on survival?

Laurence Gonzales:  The most interesting thing, once I started studying actual cases of survivors is that search and rescue people would go out and they would find someone dead who was in possession of all the equipment he needed to survive and yet had hadn’t used it for some peculiar reason.  Conversely, they would find someone alive who they had expected to find dead, and this person would be in possession of none of the equipment they needed to survive.  And so the question became, what really was it inside these people that caused them to survive.  And that was the driving force behind my research was to see if we could find something out about that.

Question: What are the characteristics of a survivor?

Laurence Gonzales: What we found out was that the people who survived the best have certain particular qualities.  For example, they tend to be the ones who get the information about where they’re going, so they know something about what they’re doing.  It’s not a weekend warrior that happens onto the ski slope or onto the ocean.  These are people who like to be prepared.  There are people also who tend to be very persistent in what they do, they tend to be organized and be able to calm themselves in an extreme situation.  Once they are calm, they are able to formulate a plan.  They are able to organize things logically and take steps to help themselves.

Interestingly enough, these people are also socially connected.  “I’ve talked to a lot of survivors who said that at the moment of truth, they said to themselves, I have to get back to see my son, or I couldn’t do this to my wife if I died, it would be horrible for her.  They always had some social connection back to the real world.  In other words, they had a motivation to get there.

So this was a very important key.  And in the book, Deep Survival, I go through sort of 12 traits of good survivors that I go into a lot more depth with, but these are the types of things that we found generally.