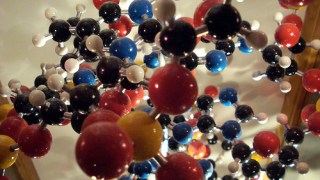 The Chemistry of Social Networks

Like atoms in a molecule, we’re all linked together. Studying the complex matrix that results can illuminate everything from bucket brigades to Bernie Madoff.

Question: How have human social networks changed over the rnmillennia?

Nicholas Christakis: Well I mean for rnthousands of years people have been concerned with very basic questions rnabout how and why humans form societies, how and why people form groups,rn but the social networks are different than groups in that in addition rnto a collection of individuals a network has a specific set of ties thatrn you add to the individuals. And not just ties, but a specific pattern rnof ties. So, for example... the simplest example of this would be if yourn take a group of a hundred people that are waiting in line to get into arn theater, for example. That’s a group of people, but it’s not a network.rn If you assemble those people into the simplest possible network, a rnlinear network, like a bucket brigade to put out a fire for example now rnyou have these hundred people and you’ve added 99 ties between these rnpeople, so and a specific pattern of ties. Each individual is connected rnto one individual on the left and one on the right. And now this networkrn is capable of doing something which the group was not capable of doing,rn namely, putting out a fire rather more efficiently than a group of rnpeople. Or you could take the same group of people and take the same 99 rnties, but organize them totally differently in where each individual rnnow... in the form of a telephone tree for example, so each person callsrn two people, so you take the first person. They call two people. Each ofrn those two people call two people and then you would get a completely rndifferent sort of branching pattern. Now instead of a linear network yourn have a more complicated network.

In fact, the same kind of rnstructure, archetypical structure was used by Bernie Madoff in a kind ofrn a Ponzi scheme, but instead of distributing information outwards, moneyrn was sucked up and drawn inwards towards the center, so these would be rnartificial human networks. They have constituent individuals and they rnalso have a specific pattern of ties. You add something more to the rnindividuals, these ties. And in fact, as we argue in the book it’s the rnaddition of these ties that makes the whole greater than the sum of its rnparts. It’s the addition of the ties that makes the population of peoplern within it, the network, capable of doing things like putting out a firern or distributing information rapidly in the telephone tree example, thatrn it wasn’t previously able to do. So a network of people is a collectionrn of individuals and a collection of ties between them and a specific rnpattern of ties at that.

One of the key ideas about human social rnnetworks is that in the addition of ties between people and specific rnpatterns of ties that obey particular mathematical rules the whole rnbecomes greater than the sum of its parts. The collection of human rnbeings have properties that do not reside within the individuals, and rnthis collection of human beings is now able to do things that they rnpreviously were not able to do. And one of the illustrations or examplesrn that I most like to give about this is something that most people are rnfamiliar with from high school or college chemistry and that is the rnexample of carbon. So you can take carbon atoms and you can assemble thern carbon atoms into graphite and here we put particular hexagonal patternrn of ties and you get sheets of graphite and this graphite is soft and rndark. Or we can take the same carbon atoms and assemble them differentlyrn into a kind of a perimetral structure with the ties between them, the rnbonds between the carbon atoms and we get diamond, which is hard and rnclear and these properties of softness and darkness or hardness and rnclearness first of all differ dramatically, not because the carbon is rndifferent. The carbon is the same in both, but rather because of the rnties between the carbon atoms. And second these properties are not rnproperties of the carbon atoms. They’re properties of the group, rnproperties of the collection of carbon atoms. Therefore, when we take rnconstituent elements and assemble them to a larger whole, this larger rnwhole can have properties that we could not have foreseen merely by rnstudying the individual elements and properties which do not reside rnwithin the individual elements.

And the same thing happens with rnhuman beings. We can take human beings and assemble them in different rnpatterns and depending on the pattern in which we assemble human beings rnthey have properties that we could not have understood just by studying rnhumans. For instance, individual human psychology is not enough to rnunderstand some of these bigger properties and second these individuals rndepending on how they’re assembled can have different properties, so yourn take the same group of people and you assemble them one way and you getrn a bucket brigade, which has particular properties or you assemble them arn different way and you get a telephone tree, which has yet again rndifferent properties. And so the pattern of ties between individual rnpeople is actually a kind of a resource that we all can use. It’s rnactually a reservoir of value. It’s a kind of social capital, actually.

Andrn it’s not just the pattern of ties between people that matters.  It’s rnalso what is flowing across those ties, so if you inhabit a network withrn a particular structure of ties, but it’s a trusting network versus a rnmistrustful network it has different implications for your life, or if rnyou’re inhabiting a network where a pathogen is spreading versus where arn pathogen is not spreading—different implications for your life. rnSomething is spreading through the network. You’re connected to others rnand it affects you.

And we have been looking, James Fowler and rnI, at a variety of sort of counter intuitive examples of these kinds of rnphenomenon. For instance, we’ve looked at how things like obesity or rnyour emotions, like happiness, spread through human networks. And we rnfind that a lot of deeply personal things, things that people might not rnthink of as being under the influence of others are affected, not just rnby their friends, but by their friends’ friends and even their friend's rnfriend's friends. So people are used to think of things like fashions, rnfor example. Like their taste in music or clothes might be affected by rntheir friends or perhaps even they have this image that fashions can rnspread through the network or people might be used to thinking that rngerms, that right now they’re not sick, but their friend's friend's rnfriend has a germ and that germ is going to spread to their friend’s rnfriend and then to their friend and then eventually inexorably to them, rnbut what they may not realize is that other sorts of phenomenon like whorn they vote for or how big their body is or even how happy they are also rncan behave in similar ways, and that is what James and I have been rnworking on trying to understand over the last few years.
Recorded March 31, 2010
rnInterviewed by Austin Allen
Up Next