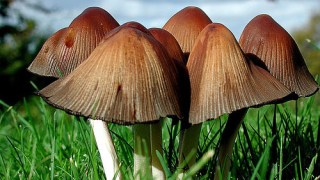 The social networks we form add up to a giant “human superorganism.”

Question: What do you do on a day-to-day basis?

Nicholasrn Christakis: I’m a professor of medicine and professor of medical rnsociology at Harvard Medical School and a professor of sociology in the rnFaculty of Arts and Sciences and I do what I would call network science,rn so I, for the last ten years, have been studying how and why human rnbeings come to be embedded in social networks. Not the kind of online rnkind that people might think about all the time nowadays, but the kind rnof ancient kind that we have formed for hundreds of thousands of years. rnAnd I study how we humans come to form these very elaborate networks andrn what these networks come to mean for our lives, and the sort of the rnfield as it were of medical sociology is concerned with all sorts of rnphenomena, social processes and social phenomena that influence health rnand health care. But I’m focused primarily on I would say a subset of rnthat or not a subset, but a different field. Let’s say network science.

Question:rn What kind of research went into your book “Connected”?

Nicholasrn Christakis: We have done work on the social, psychological, rnmathematical and biological rules that govern how human beings come to rnform social networks—the structure of networks—and then we’ve also rnexamined the kind of social and psychological rules or attributes of howrn social networks function. So how do we form social networks and how do rnthey affect our lives, and it’s what we would consider to be the anatomyrn and the physiology of a kind of human superorganism. In a very rnfundamental way we are like ants or actually kind of like fungi too, rnwhere individual human beings assemble themselves into these elaborate rncomplex structures and we’re… James Fowler and I, my coauthor, are rndeeply concerned with how and why we form these structures and what theyrn mean for our lives. So in the book we present about… We talk a lot rnabout our own research, but we also pull in the research of many other rnscientists who have been looking at a variety of phenomena, and we talk rnabout the role of social networks in human emotions. We talk about the rnrole of social networks in human romantic and sexual behavior, in rnhealth, in politics and in economics, and then we also talk a little bitrn about the genetics of human social networks and the sort of modern rnonline variety of social interactions, and then we close with an rnargument in the book about why we form social networks and what in a rnvery deep sense they mean for our lives.

Recorded March 31, 2010
rnInterviewed by Austin Allen
Up Next