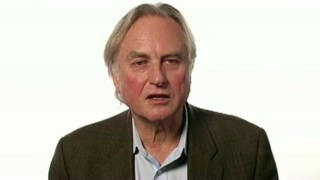 The Arrogance of Immortality

While many in the scientific community are excited at the prospect of battling aging, Richard Dawkins considers the idea foolish and a little presumptuous asking, are we really prepared to be the last generation to reproduce?

Question: How do you feel about recent attempts to end aging?

Richard Dawkins: It's easy to see why people might wish to prolong their own lives. It's a rather selfish pursuit unless you recognize and do something about the fact that birth rates are not declining in the world as a whole, and the population is rising rapidly. There may be more people alive today than there are dead people, so to speak. I mean, it may be -- if you add up the total number of people alive and then say, how far back would you have to go in time if you integrated all dead people backwards until you reach the same number as are now alive, it would be an astonishingly long time ago. So to prolong human life in an irresponsible, profligate way would be indeed irresponsible unless you at the same time reduced birth rates. If everybody lived for ever, then we'd better stop any new people being born. Otherwise we're going to be hideously overcrowded. And it's a rather presumptuous, arrogant thing to do, some might say, to say, right, well, the present generation are the last ones to reproduce. We'd better all just sit here and enjoy our lives for thousands of years. We're obviously a long way away from that now, but I know there are some people who see that as a kind of ideal, and they certainly need to think seriously about what to do about population size.