Sebastian Junger is the #1 New York Times Bestselling author of THE PERFECT STORM, FIRE, A DEATH IN BELMONT, WAR and TRIBE.   As an award-winning journalist, a contributing editor to[…]
Go to Profile 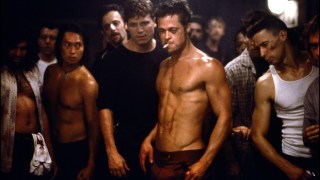 America can learn a lot from tribal dynamics. Sebastian Junger says if we wish to be united, we can start by looking at US platoons serving overseas.
▸
5 min
—
with
Sebastian Junger

Tribalism means belonging. It means acting in a way that demonstrates loyalty to and respect for a specific community of people. Sebastian Junger, war reporter and author of Tribe: On Homecoming and Belonging, equates tribe to country.

Of course, it’s also much more than that. Humanity was based on the idea of tribes for thousands of years. Society as we know it evolved from these small groups of 40-50 people, maybe 100-150 people, traveling and working together to ensure survival. Now tribes have grown to the volume and strength of a country, and in some ways, even a continent.

One thing that Junger noticed while he spent a year immersed in a platoon in Afghanistan, filming the Academy-Award nominated documentary Restrepo, was the way men in the platoon behaved. There were approximately 40 men (the same size as a typical tribe – coincidence or not?) and no one inside that group disrespected each other. They could not like each other on a personal level, but at the end of the day, each soldier respected one other.

American democracy right now is quite the opposite. This year is a circus show of politics, with crazy nicknames and trending topics concerning the presidential candidates. There’s little to no respect up on the stages as the candidates slander and berate each other. It pits two halves of a large tribe against each other.

Britain has just retracted from the EU tribe with Brexit, threatening everything from employment, residency, and trade which will echo into the stock market. Political cartoonist Humon (aka Scandinavia and the World) depicted some of the direct results that leaving the EU had on the Union, and why sticking together in tribalism would have been the best thing.

For the tribe of America to hold together, people have to work past the hatred and disrespect of the Other, be it the other political party or another race. The USA has gotten past worse things before, be it Pearl Harbor or the Civil War. It is tribalism that has held the country together, everyone working together with pride singing ‘God Bless the U.S.A’ by Lee Greenwood. Sebastian Junger reminds us that the best thing people can do to hold countries together is to be good to each other, and remember the only way to get through the downturns of the country, whichever one it is, is with the help of our fellow tribespeople. 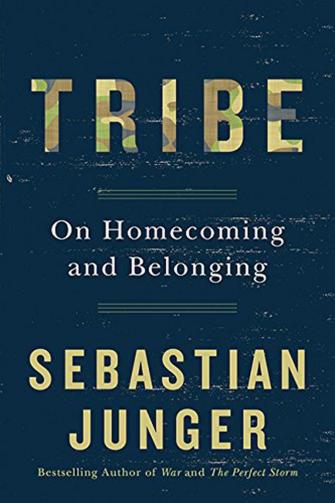 Sebastian Junger:  I think everything we do is a form of tribalism. We’re evolved for that. We’re wired for that. The question is how big do we want our tribe to be? England seems to be saying we want our tribe and at our choice. All right so that’s a point of view I understand. So it’s a legitimate point of view. Equally legitimate is the opposite point of view where there should be a broader pan European tribe as it were to protect itself and reinforce itself in a dangerous world. That’s also tribalism. It’s just a matter of how big you draw the tribe. At its essence, at its core every individual has to decide whether they’re an individual or are they part of a larger group. Are they part of their neighborhood and are they part of their community. Or do they just exist to serve themselves. What England is facing is something that every single human being in the world faces at some level in their lives about their own personal interests versus the interests of their group.

Personally I think that democracy is a messy experiment and there’s a lot of discourse, a lot of conflict, a lot of argument, a lot of debate and a lot of dislike. I mean we’re not required to like each other. I think about the platoon that I was with in combat, the most stressful environment conceivable. There was a log of dislike within the platoon. There were guys who didn’t like each other at all. But the one thing they never did was speak with contempt about one another. They argued, they fought, they disagreed but they respected each other. And you don’t disrespect someone inside the wire as it were. What’s disturbing right now in this country is that there are very, very powerful people – politicians and media leaders who are disrespecting other people inside the wire. They are speaking with real contempt and derision about their president, about aspects of the government, about segments of the population. You just don’t do that. You never know when you’ll need those people for survival, when your life will depend on those people or you’ll be asked to save their lives. You just don’t know.

And the idea that this country can’t overnight be turned into a combat, you know either this country can’t overnight be turned into one huge combat outpost is absurd. We just don’t know what’s going to happen. And so when you have politicians speaking like that it’s not just the messy debate of democracy. It really undermines the basis of our country, the moral basis of our democracy. It’s much more dangerous to our democracy than Isis is or Al-Qaeda is. It also is a good campaign strategy and that’s the tragedy, right. I mean you have politicians who appeal to a kind of tribalism by saying look, it’s us against them and the them are actually other citizens in this country. When you do that you create very, very strong support in your base but it’s the long term consequence that you’re talking about the country as if it’s being split in two. It’s a little like marriage counselors advise, you know, just don’t say the word divorce within your conversations as a couple. That the idea of splitting up is not acceptable and what I would say personally as a citizen to politicians is stop talking about this country as if it’s conceivable that it’s actually two countries. Just don’t do it because you’re starting a very, very dangerous dialogue and you don’t know where it’s going to end.

Well this country is an example of a modern country that has overcome its internal divisions and has existed for over 240 years as a nation. And I mean we’ve had a lot of rocky times and unfair laws and everything else but we’re a nation of 330 million people and we’re still together. The democracies of Europe likewise. I mean it’s not pretty but neither is family life. I mean no one guaranteed you pretty. Do you know what I mean. But it is working and it’s a continual work in progress. What we all have to do I believe is keep reminding each other of our best qualities. An interesting thing about humans is that the worse the situation, the better we act. When you have the flood, the hurricane, the civil war, the blitz in London, whatever it may be, that’s when people will really step up and achieve a kind of loyalty to the common good. A kind of selflessness, kind of blindness to race and politics and religion and everything else that can divide us. And as things get better, as circumstances get better and easier people start to act worse. And I think it’s very, very helpful to remind your fellow citizens and remind yourself that in our very darkest days we all act quite well and that’s what we should aspire to throughout the course of our lives and throughout the course of our democracy.

Hey Bill Nye! If There Is a God, Should We Obey It?