When it comes to scientific theory, (or your personal life) be sure to question everything.

Donald Hoffman
Donald Hoffman is professor of cognitive science at the University of California, Irvine. His writing has appeared in Scientific American and Edge, and his work has been featured in the Atlantic, Wired, and Quanta. He resides in Irvine, California.
19 October, 2019

And in the case of science, the assumptions are the place where the theory stops. Explanation stops. So if you are a physicalist, for example, you will say, please grant me, say, space-time and quantum fields. And if you grant me that, then I can explain a whole lot of things. I can try to explain chemistry, biology, and so forth.

Then we might have to go deeper. We find that, say, general relativity and quantum field theory are in conflict. And so we need a deeper theory that we might use to get both. And so many physicists are trying to find a deeper set of assumptions, not to assume space-time, but to assume something deeper and show that space-time emerges.

So it's all about knowing exactly what you're -- in fact, the assumptions are the critical part in a scientific theory and in personal theories. Knowing what your assumptions are is, in some sense, the most essential first move. We always have to critically examine our assumptions.

So why, in Einstein's theory, does space and time exist? There's no answer. It's a miracle. Grant me that miracle, then I can explain all this other beautiful stuff that Einstein explained.

We're now looking for a deeper miracle, right? Something deeper than space-time for which then space-time will not be a miracle. Space-time will emerge as an explanation. But whatever that deeper thing is will be the new miracle.

So all of our explanations in personal life and in science, always start with assumptions, but let's call them what they are. They're miracles of the theory. And so you have to choose those miracles very, very carefully. And once you've chosen them very, very carefully, the structure will follow from that. So that's why they're so important.

All the time I and my colleagues, in the work we're doing in science, I'm always going back and questioning my assumptions. And here's one reason why we should do that. If we look back at human history, we see that we are quite consistent. We get it wrong.

Then we thought the earth was the center of the universe for the next 2,000 years. And we were not willing to question that assumption. It took brave people like Galileo and Copernicus to question it. Some people were burned at the stake. Galileo was imprisoned.

We don't like to question our assumptions. They are very, very dear to us. And we don't like to do it. But it's the most important thing that we could possibly do.

And I would say moving forward, that in science and spirituality, the relationship between science and spirituality, spiritual traditions have insights that have been gained over thousands of years of practice and meditation and so forth, but they have their own assumptions. And it's very important when we're dealing with the biggest questions of who are we? Why are we here? Why is there evil? What is life about? The big, big questions that the spiritual traditions examine.

I always assume I'm wrong. Looking back at human history, we're consistent, as I said. There's no reason for me to believe I'm an exception. I'm almost surely wrong. But the idea is to keep questioning assumptions and then getting a deeper and deeper, and more comprehensive understanding. 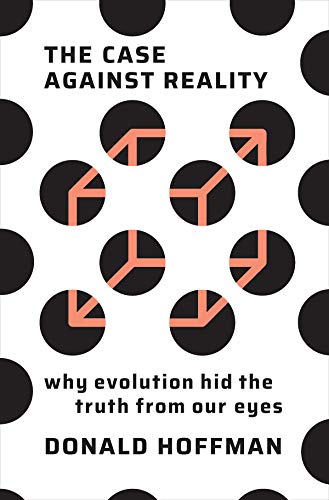