Countless studies have been done on the health benefits of sex – from an orgasm giving you clearer skin and a boosted immune system, to the physical activity keeping your blood pressure at a healthy level. A lowered risk of heart disease, the ability to block pain, a lowered risk of prostate cancer, less stress which leads to improved sleeping patterns…all of these are proven benefits of sexual activity.

The health benefits of sex have been studied again and again, and yet, there are still new things we’re learning about the benefits on the human body and brain. 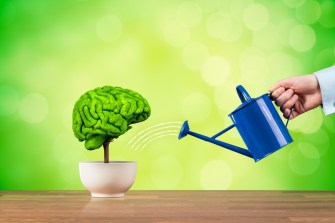 Cognitive function has been associated with various physical, psychological, and emotional patterns in older adults – from lifestyle to quality of life, loneliness, and mood changes as well as physical activity levels.

A 2016 joint study by the universities of Coventry and Oxford in England has linked sexual activity with higher/better cognitive abilities in older age.

This longitudinal study used a newly available wave of data from the English Longitudinal Study of Ageing to explore the connections between sexual activity in the older population (50+) with cognitive function.

The study consisted of 6,833 participants between the ages of 50-89 years old.

The results of these tests were then adjusted to account for each person’s gender, age, education level, wealth, physical activity, and mental health. The reason for this is that the researchers noticed there are often biases in other studies that examine the links between sexual activity and overall health.

For example, in this scenario, without taking those things into account, healthy older Italian men with a continued interest in sex would score higher on these tests. Women, who are more likely to become widowed and lose their sexual partner, would score lower.

You can see the breakdown of this information here. 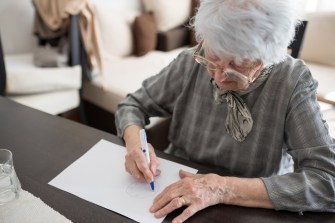 One of the highlights of this study was exploring the differences sexual activity has in cognitive function in older males and older females. Photo by Gligatron on Shutterstock

Exploring the differences when it comes to the improved cognitive ability between the older males and the older females in this study was one of the highlights of the research.

Testosterone, which is the male sex hormone, reacts very differently to the brain than oxytocin, which is released in females during sexual activity.

Testosterone plays a key role in many different areas such as muscle mass, facial and pubic hair development, and mood changes. It also impacts your sex drive and your verbal memory and thinking ability.

Testosterone belongs to a class of male hormones, and although the ovaries of a woman do produce minimal amounts of testosterone, it’s not enough to compare the impacts on the male and female bodies.

Oxytocin, on the other hand, is produced in the male and female bodies quite similarly, but ultimately the hormone reacts differently in the female body, triggering the portion of the brain responsible for emotion, motivation, and reward.

These differences in testosterone and oxytocin may factor into why the male cognitive level changes much more during sexual activity in older age.

Another study, this time back in 1997, looked at the relationship between gender and episodic memory. The results of this study proved that women have a higher level of performance on episodic memory tasks (for example, recalling childhood memories) than men. The reason for this was not further explored in this study and has remained something of a mystery, even now.

The female brain deteriorates during menopause.

Women very commonly struggle with memory-related problems during and post-menopause. This could be the reason why the original study proved older men had a higher cognitive ability in number sequencing than older women.

Along with menopause-related cognitive decline, women are also at a higher risk for memory impairment and dementia compared to men.

“Every time we do another piece of research we are getting a little bit closer to understanding why this association exists at all, what the underlying mechanisms are and whether there is a ’cause and effect’ relationship between sexual activity and cognitive function in older people.”

Talking to yourself seems to yield real benefits, from boosts in cognitive performance to improved emotional regulation.
The Well

Is science destined to crack the code of consciousness—and how would we even go about it?
▸
8 min
—
with
Max Tegmark
Up Next
The Future