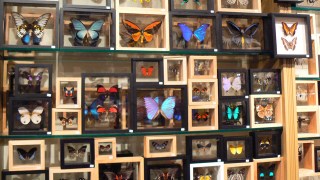 Richard Dawkins on Why Science is Art

Richard Dawkins sees the career of a scientist as a colorful and incredibly creative enterprise—akin, in many ways, to the highest poetry and most imaginative art.

Question: What makes a good scientist?

Richard Dawkins: Well, that's very interesting. You asked me who my heroes were, and I said Darwin. Darwin, I think, misdiagnosed his own character traits rather. He said, I've become nothing more than a machine for grinding theories out of facts. I don't think Darwin was that at all. Darwin was a great hypothesis-former. Darwin thought of ideas; he dreamed up ideas, which is the way scientists ordinarily do work. So I think you need to be imaginative. You need to have the imagination to put together ideas which other people haven't had. You do need to be able to work hard. Sir Hans Krebs, who discovered the Krebs Cycle, once in my presence was asked, how do you get a Nobel prize -- which he had. And he said, it's easy: you come into the lab at nine o'clock in the morning, and you leave at six o'clock in the evening every day for thirty five years, or words to that effect. I don't think that's how you do it either. No doubt that's part of it. But you need a combination of that and genuine inspiration, which is akin to poetry; it's akin to great art; it's the inventive, creative leap which great scientists have.