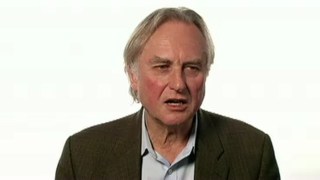 Aside from Darwin, the famed biologist is also an admirer of Carl Sagan, Alfred Russell Wallace, and Shakespeare.

Question: Who are your heroes?

Richard Dawkins: Darwin obviously. Wallace, who's the unsung hero who independently thought of the idea. Many great scientists of the past. Peter Medawar -- I admire his writing style very much. Carl Sagan. Yes, many -- I mean, I admire great poets as well. I'm not sure that I'd call them exactly heroes. I mean, Shakespeare affects me when I read his extraordinary command of language; I admire it hugely. Yeah I suppose he is -- so he is a hero, yes, whoever he was.