Philippe Petit has performed on the high wire more than eighty times around the world. He is famous for his 1974 high-wire walk between the Twin Towers of the World Trade Center[…]
Go to Profile 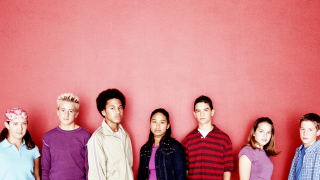 Kid on Wire: Let Children Take Risks and Learn to Trust Their Own Intuition

Tightrope artist Philippe Petit, who famously walked between the World Trade Center towers in 1974, explains the value he places in his intuition. It’s important, says Petit, to allow children to build their own intuitive skills rather than simply leading them from one task to another through authoritative demands. Instead, let kids figure out answers to creative problems themselves. The skills that grow from these activities will guide them throughout adulthood.

Philippe Petit: I came to trust my intuition of course with a little bit of trial and error framing the process. And I think it’s one of the strongest and richest creative force except it’s very sad to see around, as most day now, system of education that we shrivel that force. We say to a kid, "Don’t think by yourself. Read the book; listen to your teacher; do what the adult says." And well, yes, there will be some truth there, but I think the best way to open the door to intuition for a child is to put them in front of a creative problem, you know, I don’t know a little origami or building something. And then first let them do what they feel and them rely on their intuition. And then if they go in a completely wrong direction, they themself will stop and turn to an adult for help, you know. So it’s a very delicate thing to teach — to bring intuition to a child or to anybody for that matter, but mostly a child. They’re so sensitive about being forced to do and to think a certain way. So my proposal is to not open a door and, you know, propel the kids forward, but to open the door a tiny bit and have the kid use it, moving the door that was ajar. Now it’s full. And then they’re going to discover; they’re going to explore with their own way of thinking, their own intuition and improvisation. And then, yes, the adult is there to make sure there’s no accident, you know.

Thomas Piketty: Student Loan Debt Is the Enemy of Meritocracy in the US