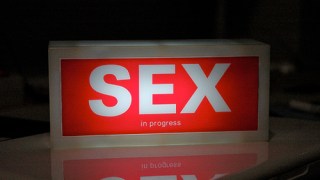 As the legendary evolutionary biologist explains, human intercourse is far from a basic fact of life as the act throws away half of our genes and is therefore entirely irrational from an evolutionary perspective.

Question: What are some of the remaining mysteries of evolution?

Question: What is the main mystery of sex?

Richard Dawkins: Well, the mystery there is that, on the view the selfish gene, every animal is trying to maximize the number of genes that it passes on. And so mixing half your genes with those of a sexual partner seems like an odd thing to do, and on the face of it it's throwing away half your genes with every child you have. So it needs an explanation, and various explanations have been suggested.

Question: What is the most popular explanation for the act?

Richard Dawkins: I supposed the most fashionable one now is the one that's associated with the name of W. D. Hamilton, my former Oxford colleague. He took the view that parasites are the most important selection pressure bearing on creatures, and that parasites, because they are -- especially bacteria -- evolving so incredibly rapidly, the genes that any one individual needs in order to survive in the present generation of parasites may not be the genes that are needed in future generations. So there needs to be an extremely rapid turnover, extremely rapid changing, of gene pools. And sex may be -- well, sex certainly will do that. And the only question is whether the pressure from parasites is sufficiently great to compensate the so-called twofold cost of sex, the fact that sexual reproduction does throw away half the genes in each generation.

The Fact of Evolution