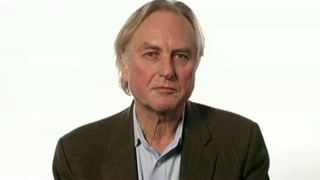 The Fact of Evolution

Richard Dawkins corrects what he sees as the specious use of the term “theory” and argues that evolution is indeed as close to a ‘fact’ as anything we’ll ever know.

Question: How would you correct the understanding that evolution is a theory?

Richard Dawkins: The word “theory” can be used to mean something speculative and tentative. In everyday speech it probably usually is used in that sense. Scientists very often use it in a much more positive sense. I think the easiest way is to use the ordinary language word “fact”. In the ordinary language sense of the word fact, evolution is a fact.

Question: What is the evidence that evolution is a fact?

Richard Dawkins: The evidence that makes it a fact is partly fossil evidence, partly comparative evidence, looking at modern species and comparing their bones, their organs, their structures generally, and especially their molecules, their genes, at a molecular level. This is extremely persuasive and powerful evidence. You compare the genes of animals and plants. You find that the pattern of resemblance is a tree, a branching tree. And that branching tree could only be a family tree. Other very persuasive evidence is the geographical distribution of animals and plants on islands and continents: they're exactly where we should expect them to be if evolution were a fact.

The Precarious Modernity of Saudi Arabia