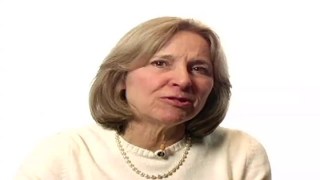 In Defense of Online Dating

Online dating is much more natural than walking up to a stranger in a bar, says Helen Fisher.

Question: Is technology like online dating changing the way we fall and stay in love?

Helen Fisher: I think that online dating is just the newest way of doing the same old thing.  As a matter of fact, I think it’s actually a little bit more natural.  First of all, people are doing it and a lot more people are going to do it and they’re going to do it because we are no longer marrying the boy we met in high school.  We’re not marrying the girl we met in college.  We’re not even marrying in our early 20’s, and by your late 20’s you sort of know everybody in the office and you’ve gone through all of those boys.  You know, you’ve met everybody in your social circle.  Where are you going to meet people?  And also with a very high divorce rate, there’s a lot of people who are back in the dating game in their mid-30’s, 40’s, 50’s, and higher.  And you can’t stand in the middle of Park Avenue in New York City and flap your dress up and down.  I mean, at some point you’ve to go find a new way of social networking and all of these dating services are doing that.  And among the young people it’s Twitter and Facebook and other social networks.  So, I think that the human animal loves.  We’re born to love.  And we do it all our lives.  It’s the same brain system whether you’re 10 years old, or whether you’re 90 years old.  Children do fall in love.  The sexual component might not be there, but they will become intensely attracted to another child.  And certainly older people fall in love.  There’s good data now the brain system does not change with age.  And we’ve got a society where people are very peripatetic and almost nomadic, and all of these Internet dating sites are a way to meet new people.

And in many respects, I think that it’s actually more natural.  I know that sounds odd because we’re used to walking into a bar and going up and talking to somebody who we don’t know anything about them, we don’t know if they’re married, we don’t know if they’re in town for the night.  We know nothing about them and yet we seem to think that’s natural.  But actually, it’s much more natural to meet somebody having already known what they do for a living, how old they are, what some of their goals are, what their interests are.

You know for millions of years, we traveled in these little hunting and gathering bands on the grasslands of Africa.  And a young girl might not know that cute boy over in the next fireplace, but her father knows his uncle, her mother knows his niece, and there’s so many gossip circles that she can find out probably in an hour whether he’s a good dancer, whether he’s got a good sense of humor, whether he’s likely to be a loyal partner.  And so with these new networking sites, you do get to know some basic things about somebody before you meet them, and that’s more natural.

Question: When it comes to the brain, are there differences between heterosexual and homosexual love?

Why the Clintons Are Married