Bob Kulhan is an elite improviser, an adjunct professor at Duke University's Fuqua School of Business, author of Getting to “Yes And", and the founder and CEO of Business Improv®—a[…]
Go to Profile 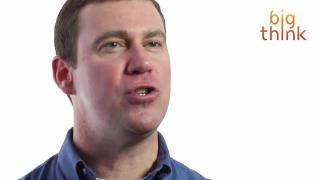 Improv Teaches You to Say “Yes” to Life

One of the biggest challenges that I face is reeducating people about what improvisation is. It is simply not comedy. Because of the popularity of television shows like Whose Line Is It Anyway or Curb Your Enthusiasm or Christopher Guest movies, Saturday Night Live, all these great theaters around the country that are so popular right now, improvisation is on everyone's lips.

Leaders have to be able to improvise on a daily basis, just simply to connect with each other and communicate with each other. For many people, these simple things, these soft skills, are actually the hard skills because there’s not an equation to be a great leader. There’s not an equation how to actually talk with somebody and communicate with somebody. It’s such an easy tool to support authentic leadership, bringing out the best of yourself. There is not a formula for a great leader. It has to come from you. You have all those X variables. It's got to come from you, authentically.

Ai Weiwei: You Have To Look Your Enemy in the Face