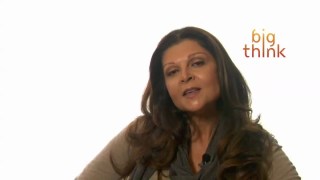 I Don’t Want to Be Equal to a Man

The filmmaker does not consider herself a feminist, saying that women and men have their own distinct God-given talents.

Question: Can Islam and feminism co-exist?

Sonia Nassery Cole: I can only tell you based on my experience with traveling around the world, Islamic world and seeing how women live, sophisticated women live there.  I don’t see their rights any different than the rights of American women except one thing.  I think the feminism doesn’t exist and that is something that I personally don’t believe in, because I believe that women have feminine power and men have masculine power. And I think if we leave each other alone there is an amazing synergy between men and women that could make this world very beautiful. And women physically are made differently than men. And there are certain gifts that God has given to women that men don’t have. And there are certain strengths that God has given to men—like go and fight in war—that women could not do.  The equality thing doesn’t quite work for me.  I don’t want to be equal to a man—I think I have certain strengths that men don’t, so but then shooting this movie in a warzone and having bombs dropping, rockets hitting and threatening phone calls every single day and the only woman, boss, and with over 100 crew in this moment in time in Afghanistan. Many people came to me and said 30 men could have not done what you did in Afghanistan, so what is that certain strength that maybe a feminine person has that just maybe a man wouldn’t, because maybe he will be too logical about it or think that, you know, he could physically beat them. But I just had a spiritual strength in me that I would look at them straight in the eye and say: "What do you want? Come and get me.”