One of the most influential trade theorists of his generation, Jagdish Bhagwati is a professor of economics at Columbia University and a Senior Fellow in International Economics at the Council[…]
Go to Profile 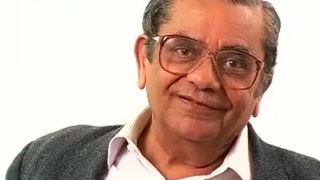 How can we reduce poverty in the developing world?

There is no single magic bullet to reduce poverty in the developing world.

Jagdish Bhagwati: There’s nothing like a single magic bullet, I’m afraid. I think if we had one, we would have found one by now.

We need a concerted attack on several dimensions, actually. We have always been aware of institutions in my opinion. As I said back in ’62, President Kennedy thought of this. As our systems have evolved, we are very different today in terms of institutions from 50 years ago in the west, for example.

Russia is also moving into a different set of institutions and so on. And these tend to evolve.

Part of the problem, of course, is trying to set up institutions more rapidly. It’s like, you drop them from outside, will they take root? What life will they develop on their own? So these are complex questions. But that institutions are important, there’s no question about it. And policies are important.

I would say that one way to look at it is to say what can we at our end; because this is something which all the enlightened leadership of the rich countries is interested in. What can we do to help the poorer countries, right?

You might call it the Bono problem, but it’s a much older problem than that. Of course Bono can sing, right? It’s nothing that appeals to me. I’m too old-fashioned. But huge numbers of people. He can raise the money, but what he does with the money is really the question we are asking. So how do we spend the money?

Let me put it this way. So far by offering trade opportunity, letting multinationals go more freely into some of these countries – and that’s their own country’s policies which have changed in this regard – I think on the whole, East Asia has managed to do pretty well. I don’t think we need to do anything for India, China, even the other parts of East Asia. Because they have grown rapidly, and there is enough evidence that that growth, as I hoped and recommended to my boss at the Indian Planning Commission, that has actually pulled people out of poverty both in India and China. It’s not the only thing, because there are other things also – the policies which are alongside this

So that, I think, it’s taken care of. And the first thing which the World Bank should do is to stop lending to India, China, Brazil, all these countries. They’re big enough. And if they don’t grow, and if they don’t do good things, that’s their responsibility.