David Katz MD, MPH, FACPM, FACP is an authority on nutrition, weight management, and the prevention of chronic disease, and a leader in integrative medicine and patient-centered care. He is[…]
Go to Profile 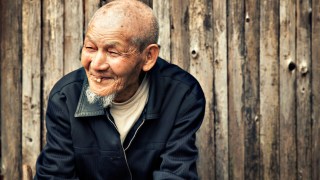 We Know What a Healthy Diet Is. Now Can We Stop Arguing About It?

Eat lean meat, eggs, and seafood, if that's what you want. But remember the bulk of your diet should be vegetables, fruits, whole grains, beans, lentils, nuts, and seeds.
▸
5 min
—
with
David Katz

Go ahead: Eat lean meat, eggs, and seafood, if that’s what you want. Just remember, as nutritionist David L. Katz notes in video interview, the bulk of your diet should be vegetables, fruits, whole grains, beans, lentils, nuts, and seeds.

David Katz: I routinely point out that we could eliminate 80 percent of all chronic disease by using what we know. And we don’t do that. We really bog down in bickering about do we know what we know and is this part of what we know more important than that part of what we know. And in no place is that a bigger problem than diet. There’s obviously a lot of money to be made from confusion. Some years ago I worked on air for Good Morning America and I saw firsthand that there really is a vested interest in TV and the media propagating constant change. If you say the same thing about diet on air enough times in a row people lose interest in your dietary segments. If you say something different every time, it’s always interesting. Tune in tomorrow for a new answer. So the media are in on it. The fad diet authors are in on it. Basically a lot of people who just think that their view of the truth through a particular tunnel is the only truth are in on it. But the result is we squander the opportunity to use what we know because we bog down in debate about what we don’t know quite so well. So having completely lost my patience for the status quo, I decided to do something about this. And it’s really challenging now because there was a time not all that long ago when a single voice could rise above the din. Think for example about Dr. [C. Everett] Koop when he was surgeon general. Or Benjamin Spock and the influence that he had on parents raising young children. But that era is gone because we live in the age of the blogosphere and cyberspace and everybody’s got a microphone. And there’s just this incredible amount of static.

And at the end of it all, the answer to the question "Can we say what diet is best for health?" and by health, we mean longevity, vitality, weight control. All the good stuff that we all want. The answer is absolutely no, if what we mean is a very specific, prescriptive — my diet can beat your diet. So, you know, can we say whether the best Mediterranean diet is better than the best vegan diet or that’s better than the best paleo diet for human health? The answer is no. If what we mean, though, by "Can we say what diet is best for health?" is a basic theme of optimal living. Then the answer is a categorical yes. It’s incredibly clear from incredibly voluminous, incredibly consistent literature all around the world, diverse populations, diverse methods, observational epidemiology where you just watch and see what happens. Intervention trials where you assign people to diets. Randomized control trials and real-world experience with large populations like The Blue Zones. And frankly Michael Pollan pretty much nailed this one. Eat food, not too much, mostly plants. That really captures the essence of all of the world’s diets that are associated with good health outcomes. And when I wrote about this with my colleague Frank Hu from Harvard, we said wholesome foods in sensible combinations. And then to put a little meat on the bones, as it were, wholesome foods means vegetables, fruits, whole grains, beans, lentils, nuts, seeds with or without everything else. You want to eat fish? Eat fish. You want to eat seafood? Eat seafood. You want to eat some lean meat? Do. You want to eat eggs? Do. You want to eat dairy? Do. But the bulk of your diet should be vegetables, fruits, whole grains, beans, lentils, nuts and seeds. This is true all around the world where people do the best. It’s true in the Mediterranean where the diets are high fat but the fat is coming from nuts, seeds, olives, avocados, olive oil.

It’s true in the Far East where the diets are low fat because there’s lots of vegetables, grains, and less of the nuts and the avocado. And frankly it’s true of diets as diverse as vegan and paleo. People who really know what they’re doing with the paleo diet are eating a wide variety of plants, preferably wild plants, but not necessarily, and lean meat, preferably game. So it’s real food, not too much and it is mostly plants. And a vegan diet is a slightly wider variety of plant foods without the meat. But they’re actually more alike than different. So there really is incredible clarity about the fundamentals of healthy eating. And I think really the big issue for all of us is focusing our efforts on making the fundamentals of that dietary pattern more accessible in our culture and allowing for people to choose the variant on that theme that works best for them. So you need to eat well even in a world that keeps running on Dunkin. You need to eat well and feed your children well in a world that markets multicolored marshmallows as part of the complete breakfast. You need to be physically active in a world that gives you no time for exercise and gives you more and more technology to do everything that muscles used to do. So the theme of health eating unbelievably clear. The specific claims about my diet can beat your diet. All false. All somebody trying to sell you something. Step away from your credit card and nobody can get hurt.

Compassion is Natural. So Why Is It So Hard for Us?