Most of that meat is poultry, which has dominated the dinner table slot since about the turn of the century. When you consider that the average chicken weighs 6 pounds at the time of slaughter, that’s, wow, so many dead birds.

That isn’t to say that Americans have given up on red or processed meats. Since the 1950s, red meat has been a symbol of American prosperity, and while our consumption has declined steadily since the beef lust of the 1970s, we still maintain our love of grilled steaks, juicy burgers, and cold-cut mountains sandwiched in bread. A majority of those polled in a 2012 survey said they eat red meat one to four times a week, a figure that excludes poultry and fish.

But even that may be too much. According to a meta-analysis published in JAMA Internal Medicine, just two servings of red meat and processed meats a week is associated with an increased risk of cardiovascular disease and death. And poultry isn’t an entirely benign alternative, either. 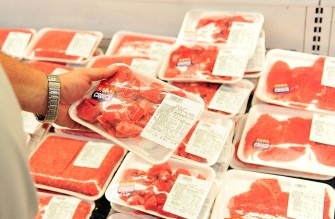 “Modifying intake of these animal protein foods may be an important strategy to help reduce the risk of cardiovascular disease and premature death at a population level,” lead study author Victor Zhong said in a release. 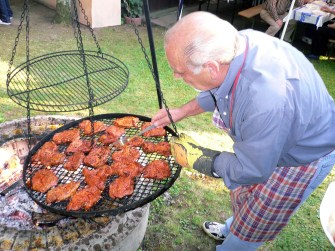 But a meta-analysis published last year said that Americans don’t have to change their meat habits.

You may now be thinking, “Wait! Wasn’t there a study last year that said it was okay to eat red meat?’ Yes, yes there was.

“This is not just another study on red and processed meat, but a series of high-quality systematic reviews resulting in recommendations we think are far more transparent, robust and reliable,” Bradley Johnston, an epidemiologist at Dalhousie University and the study’s corresponding author, said in a release.

“This new red meat and processed meat recommendation was based on flawed methodology and a misinterpretation of nutritional evidence,” Frank Hu, chair of the Department of Nutrition at Harvard, said. “The authors used a method often applied to randomized clinical trials for drugs and devices, which is typically not feasible in nutritional studies.”

We Know What a Healthy Diet Is. Now Can We Stop Arguing …

Red meat and processed foods are associated with a low risk of developing cancer and heart disease. That’s a scientific consensus. That’s not the same as saying whether individual people should or should not consume those meats.

For example, if changing dietary habits reduces the risk of heart disease by 3 percent, that means only three in one hundred people would statistically see the benefits. The vast majority, 97 people, won’t. That’s the view of the Annals of Internal Medicine‘s recommendation: The current guidelines won’t change much on an individual level.

On the other hand, spread that risk across an entire population, and the salubrious effects become staggering. For the U.S.’s 327 million people, a reduced risk of 3 percent means 9,810,000 fewer people suffering from heart disease. Since health recommendations are generalized for an entire population, it makes sense that experts target individual advice with the public in mind.

Aaron Carroll, a physician and author of the Bad Food Bible, has written and spoken a lot on this topic. His advice is as follows: “If you’re eating multiple servings of red meat a day, then you may want to cut back. If you eat a couple of servings a week, then you’re likely just fine.”

Are you in love? Trust your mother over your brain.
▸
with
Big Think
Up Next
Neuropsych

Cognitive behavioral therapy has the Stoics to thank for inspiring this field.