John Waters is an American filmmaker, writer, and artist who rose to fame in the early 1970s for his transgressive cult films, which have earned him the titles "pope of[…]
Go to Profile 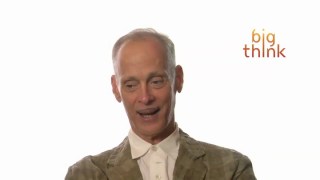 Coming Out Is So Square

Why does society treat coming out like some sort of solemn event? Film director John Waters riffs on sexuality and why he doesn't jive with many of our current cultural perspectives.
▸
3 min
—
with
John Waters

John Waters knew he was gay the moment he saw Elvis Presley, but people rarely asked him about his sexuality because they feared it was something “worse” than homosexuality. “They were afraid to hear the answer,” he says.

Question: How did you come out?

John Waters: Coming out! It’s just so square to me.  I mean, I always was gay.  I knew I was gay the moment I saw Elvis Presley, when I was probably about 10 years old.  I thought, what the hell is that?  But I know it’s important to some people, but I just... no one, I never just came out and made it a ceremony or an announcement.  Like when people say, “Are you a bottom or a top?”  What is it, a political party?  It depends.  It’s amazing to me the seriousness with these questions we’re asked about.  To me, most of the gay people I know sort of just always were, but they didn’t only hang around with gay people, they hung around with straight people that... I’m for mix.  I’m against separatism of any kind.  I don’t like men that call women fish and I hate that.  I hate separate lesbians that hate men.  I like them better though.  But I know it’s important to people.  No one ever asked me if I was gay because they thought something was worse than that.  They were afraid to hear the answer.  I was on the cover of the Advocate and it said, “The World’s Most Out Director,” but they never asked me if I was gay.  They never asked me a gay question.  I was waiting.

And my father once said, "Do you have to say it in USA Today?" so I didn’t.  I thought that was fair, you know.  He doesn’t care if I’m on the cover of Out because his friends don’t see that.  So I thought it was a funny question.  I honored that, sure.  USA Today would never ask you that question anyway.

So I’m for it, but I kind of just always felt like I always was.  I mean, I was on the cover of a gay magazine in like 1972, something called Gay Times and it wasn’t because I was brave, just nobody else wanted to put me on the cover.  Really.  So, and my films have... I've always said that my audiences, even gay people that don’t get along with other gay people, black people that don’t get along with other black people.  Minorities that can’t stand even the rules of their own minority.  And I’m one of them.  Too much gaily correctness makes me crazy too.  You now, that GlAAD came out against this tranny movie?  Oh please, we have more enemies than that.  It was like, what, are gay people losing their sense of humor they have to be perfect now?  I’m for gay villains.  I think it’s healthy to admit there’s bad gay movies.  Gay’s not enough, it’s a good start.

Question: As gay culture has entered the mainstream has it become more homogeneous?

John Waters: I think, yeah.  I don’t understand what gay people want to be like everybody else.  To me, we were outlaws, we used our wit for fighting words, you know, act up, act bad I wanted.  But I understand that people... straight, gay, people want to get married, they want to have children.  I’m for that, I’m all for that.  I’m for like, why would anyone be against gay adoption?  I can’t understand it, or when celebrities get babies.  Madonna’s child won the lottery, if you ask me.  The one she just got in Africa.  I’m for anybody getting any kid, if they can love it.  And I’m for abortion.  If you can’t love your kid, don’t have it because it will grow up and kill us.