China's double boom: From ‘Made in China’ to ‘Sell to China'

China's export growth model hit a wall. So it reinvented itself.

WEIJIAN SHAN: You have to remember, this is a country of 1.4 billion people – four times the population size of the United States. And China has become a major market for many of the American companies. China has been known as exports for a long time was the engine of China's economic growth, along with a lot of investments, representing about 50% of GDP. No other country has invested so much as China in the past 10 years, largely because China has the highest savings rate in the world. When I say no other country has invested as much, I mean any country, at any time in history, at any stage of their industrialization process.

But China's growth model exports peaked about 10 years ago, representing about 36% of GDP. Today, it has fallen to 19% of GDP. So export is no longer the engine of economic growth. And if you look at investments, it has come down as well. So what China is doing is to shift its growth model, growth engine, away from exports and investments to private consumption, which 10 years ago represented about 35% of GDP, and today is more than 50%. So for American companies like Apple, China is no longer the factory of the world. It has become a market of the world. And the Chinese market has become very significant. For Apple, it's 20% of its sales-- about $50 billion. For a company like Qualcomm, 65% of its sales. Skyworks Technology is more than 80%, and I think it's 84% of their sales. You have Starbucks, you have Boeing. And all these companies have very large market shares in China. General Motors today sells more cars in China than in the United States, Mexico, and Canada combined. That is, General Motors sells more cars in China than they sell in North America. So that's how significant the China market has become. Chinese private consumption now is about $5 trillion, more than 10% of the entire private consumption expenditure last year. So we should view China has a market of the world as opposed to the factory of the world.

I think there are many misperceptions in the United States about China. And there's no question about it. I think so much is written about China, yet so little is understood about this country. And that's why I thought my book, Out of the Gobi, is quite relevant. My view is that if you don't understand the modern history, most recent history of a country, you won't be able to understand the country. It's like here in the United States, if you don't know about the Civil War, if you don't know about civil rights movement, then you won't be able to understand the United States. So I think to know something about the history of China, especially the most recent history in our lifetime, will be very useful to dispel the misperception and to have better understanding of that country. 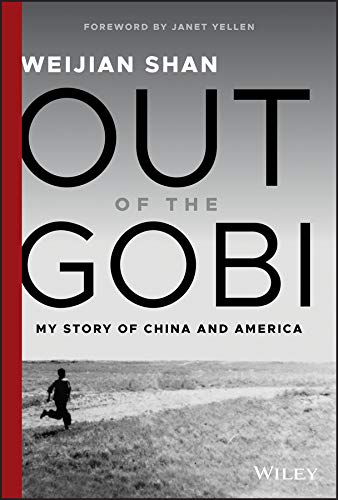 Out of the Gobi: My Story of China and America
List Price: $29.95
New From: $19.46 in Stock
Used From: $21.40 in Stock
Related Articles Around the Web
china investment markets capitalism money consumerism economics