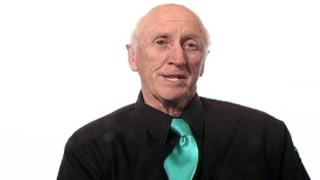 An Officer and a Bohemian

During the ‘60s, Stewart Brand trained soldiers in the U.S. infantry—and dropped acid with Ken Kesey’s Merry Pranksters on the weekends. Which was the more formative experience?

Question: Which shaped you more, the military or the Merry Pranksters?

Stewart Brand: Which was more important between Merry Prankster-dom and U.S. Infantry?  They're about equal and matched and are sort of bookends in a way because I was at Fort Dix and my weekends I was running basic training as a Second Lieutenant there.  And then my weekends were in the Lower East Side in New York hanging out with artists, with a group that would later be called **** and messing with psychedelic drugs, and the weekend-to-week contrast was just the sort of life you want to have as a young man.

Question: How did your two separate lives affect one another?

Stewart Brand: Well, military training is fantastic, especially for an officer, I think especially for an infantry officer because you learn how to lead, you learn how to manage, you learn how to handle, at least small units.  And as a very young person, you learn how to take charge.  So, typically a 20 or 21-year-old isn't in charge of much in civilian life, but I was in charge of a platoon of 50 people including some very experienced Sergeants.  You find that you step up to the responsibilities you are handed and so, when I came out of that and went off into a kind of freelance civilian world, I expected to be in charge of things and I knew how to be.  So, one of the things I found with the Merry Pranksters and the Ken Kesey group is there were a number of ex-military people in that group.  Kesey was not, but his number two, Ken Babbs had been a helicopter pilot with the Marines in Vietnam, there were two other guys in the group who had been in the military, and that gave us a common language and a set of understandings and approach to field expedience that you can just accomplish your mission with whatever is at hand.  That's what you do in the military.  You never have enough stuff, you never have the right gear, you never have enough people, and so you figure out some way to make the right thing happen with what you've got.  And that's good training.