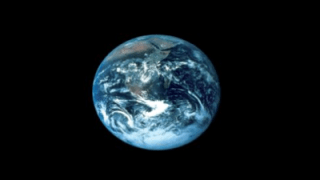 How the “whole earth photo” Stewart Brand successfully lobbied NASA to release in 1966 kicked off the modern environmental movement.

Question: What visionaries excited you growing up?

Stewart Brand: Growing up.  Well, my mother I guess was a thinker and a visionary because she was, among other things, focused on space exploration.  This was in the 1950's.  One result of that was when the Apollo Space Program came along in the ‘60’s; a lot of my fellow environmentalists were against it for various weirdly technical reasons.  And all I saw was pure adventure and let's get on with it.  And so, as a result of that, I was onboard with space and pushed, "Why haven't we seen a photograph of the whole Earth yet?" in 1966. And then we got the photograph and that created the environmental movement out of almost nothing.

I was sort of acting as if I was lobbying NASA to get images of the earth from space, but I was really lobbying the populace of the world to pay attention to the image and to think about the image a little bit in advance so that when we got it, there would be that shock of recognition; we have this big new mirror to think about ourselves in regard to, and also to think about it as a finite, fragile-looking place that we live.

I was pretty sure that that set of things would occur when we had the photograph.  Amazingly enough, they did occur, and that photograph became so iconic that it replaced the previous iconic image of the earth, which was the mushroom cloud of the Cold War, so you got rid of a bad image and got a very positive image that is still with us.  And that’s why I wanted it for the cover of my new book.