Sonia Arrison is a futurist and policy analyst who has studied the impact of new technologies on society for more than a decade. A Senior Fellow at the California-based Pacific Research Institute(PRI) and a[…]
Go to Profile 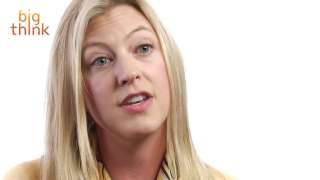 Adultolescence: It’s the Beginning of a New Age

Sonia Arrison: When we can live longer and healthier lives, there’s the question of what happens to many different areas of our lives.  The family is one that’s super important. What happened the last time we doubled human life expectancy?  Human life expectancy in 1850 in the United States was 43 years.  Today it’s around 80 years.  We’ve roughly doubled it already.  And so the question is, is well what happened to family life during that time?

We’re at the point where we’re going to see new life phases coming along.  And so a lot of scholars are focused on the idea of retirement right now and how the definition of retirement is changing.  Right now, we think of it as a period in time at the end of our lives; where we take time off to relax, go traveling, and that kind of thing.

But I think in a longer lived world, where people can be healthier for longer periods of time and work longer, retirement might be redefined to mean something like large chunks of time that you take out of your life to go get reeducated or even take off time to have children or do something else. Because if you could live to be 150 years old in a relatively healthy state then you might want to have more than one career that requires a lot of education.

Bill Ackman on the Psychology of Successful Investing