Skip to content
Who's in the Video
Elijah Nealy
Elijah Nealy, Ph.Ds, M.Div., LCSW, is Assistant Professor in the Department of SociaI Work and Latino Community Practice at University of Saint Joseph in West Hartford, CT. As an out[…]
Go to Profile
Neuropsych
How to be a great parent or friend to trans kids
What can parents and friends of trans people do to help them beat the dismal mental health and suicide statistics? A lot, says Elijah Nealy.
▸
10 min
—
with
Elijah Nealy

Suicide, substance abuse, mental illness, and harassment affect LGBTQ kids at highly disproportional rates—but there is a single mediating factor that can lower those risks dramatically: family acceptance. LGBTQ teens who experience rejection at home are 8.4 times more likely to have attempted suicide by their early twenties. As the visibility of trans people increases, raising and supporting trans kids is emerging as critical. How can we help them beat the dismal stats? Elijah Nealy shares a few best practices for parents and friends, from understanding gender fluidity and questioning gender norms to respecting pronouns and recognizing that being trans isn’t necessarily about body parts—it’s about what’s going on in someone’s mind. These tips may help save a life, and better yet, it can help a trans kid become a confident, healthy, and loved young adult. Elijah Nealy is the author of Transgender Children and Youth: Cultivating Pride and Joy with Families in Transition. 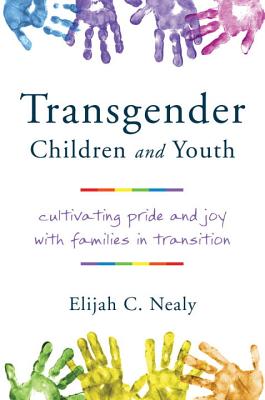 Elijah Nealy: It is true that transgender youth, gender diverse youth, youth who don’t necessarily transition but whose gender expression is diverse or considered nonconforming or fluid are at higher risk of verbal harassment and even physical bullying within a school context. That’s been consistently demonstrated in surveys over the last 10 to 15 years.

So what I’d say to trans youth who are experiencing bullying is that it’s absolutely important that you talk to an adult in your life about what’s happening. That you don’t need to navigate harassment or bullying by yourself. In fact it’s critical to reach out and let someone safe in your life, another adult, know what’s happening, and that you can identify who that safe person is whether it’s a teacher, a school counselor, a school social worker, a parent, an extended family member. But it’s important to let someone know what’s happening because you have a right to be able to go to school and be safe and be free from the experience of bullying.

What the research is telling us in the last ten years is that family acceptance, a young person’s, a teenager’s experience of being accepted by their families is the critical mediating variable in queer young adult risk factors. So teenagers, queer teenagers, lesbian, gay, bi, trans teenagers growing up in families they experience as rejecting are eight-and-a-half times more likely to have attempted suicide by the time they’re 21 to 24. And they’re three-and-a-half times more likely to be at risk of HIV, to be using drugs and alcohol in an addictive way or problematic way, much higher rates of anxiety and depression, and that by contrast those risks are much lower for adolescents growing up in families that they experience as accepting.

The important piece about that for parents is the degree to which we can have an impact in lowering the risk factors that trans youth already face in a world that sometimes is still hostile or discriminatory, and that even in the face of external discrimination or harassment by peers or other adults or discriminatory laws family acceptance shows up as the critical mediating variable for young adult risks among trans youth.

So one best practice is to recognize that everyone of us as a human being has a right to define who we are, and that gender identity is not necessarily about our body parts but it’s about our own understanding of who we are as male or female, both or neither. It’s what’s in our brains. It’s what we know to be true about ourselves.

That means things like using a young person’s affirmed name and pronouns regardless of whether or not that matches your understanding or knowledge of that young person. But if I say my pronouns are male and my name is Elijah, then part of respect is respecting my understanding of myself.

From a treatment perspective that means what’s been emerging as best practices in the last ten years is an understanding of gender expression within young children and adolescents as gender diversity (and not gender variance or gender nonconformity)—And that all children experiment with gender expression, that children can have diverse and different ways of expressing their gender—young boys might like to play house, young girls might like to play with trucks—and that that’s simply gender diversity, and while it may not be “the norm” to have a boy who has feminine gender interests it is within the realm of normal; and that there’s nothing inherently abnormal or pathological. It’s simply gender diversity, and may or may not mean that that young child grows up to identify as trans.

I think part of the work for parents—many of us who are parenting today grew up in a world that did see gender and sex (or gender identity and biological sex) as synonymous. And we’ve all grown up in worlds where there are cultural norms about how men are supposed to act or look and how women are supposed to act or look. But part of what’s important is realizing that those cultural norms vary over time and they vary from one culture to another. That there’s not necessarily anything inherently right or wrong about certain ways that men might express themselves or women might express themselves in the world. One example is that, you know, in white Western culture most cisgender men are not allowed to be very physically affectionate or expressive. But if you travel in Latin countries, Mediterranean countries, cisgender straight men often much more physically expressive: greeting each other with a kiss, walking arm in arm. And that’s considered normative masculine behavior there. So part of the takeaway for parents is really questioning those norms that we’ve grown up with and recognizing that our children may land anywhere in terms of their gender expression, and that correcting that expression or enforcing strict gender norms means children grow up with an increasing sense of shame about who they are.

So if a ten-year-old boy, 12-year-old boy is frequently told, “Don’t throw like that, that’s how girls throw. Don’t be a sissy. Don’t walk like that, only girls walk like that,” that 10 to 12-year-old boy begins to move into adolescence and adulthood feeling like there’s something wrong with who he is. And having a sense of internalized shame about himself that puts him at risk in terms of mental health and substance use.

So historically the understanding of gender nonconformity or gender expression that’s outside the bounds of what we consider stereotypically acceptable for a man or a woman within the culture has been defined in the Western world largely by the psychiatry profession. And any kind of gender expression that was not normatively masculine for men or normatively feminine for women was considered abnormal and pathologized, historically. So from that model, children—a young five-year-old boy who has feminine gender interest, like to play with dolls, likes the color pink—would have been treated historically in a manner that was designed to shut down those feminine gender interests and redirect him into solely what are considered socially acceptable “masculine” interests like trucks and cars and blue. So historically gender diversity, gender expression outside the norm is considered nonconforming and abnormal.

So if we think about that shifting, in some ways we can think about homosexuality being removed from the DSM in 1973, and ironically enough in 1980 gender identity disorder went into the DSM. And, from many perspectives, there’s some thought that gender identity disorder went into the DSM in 1980 as a way to continue to monitor particularly what might be emerging gay male identity or men with feminine gender interests from growing up to become gay men. So young boys with feminine gender interests now diagnosed with gender identity disorder. Still considered an abnormality, the result of “inappropriate parenting,” the result of “incomplete gender development” from a Freudian perspective—but now gender identity as a psychiatric diagnosis that any trans person has to receive in order to be allowed to medically transition.

As we move from 1980 on, part of what we see is transgender people in the society becoming more and more visible, more and more vocal about their stories, their narratives, their life experiences. And with that comes a greater understanding that gender and sex are not nearly as binary as we thought they were. That in addition to the biological sex of male and female one in 2,000 infants are born with what’s called an intersex condition, which means the doctor can’t easily assign them in one of those two boxes at birth based on genitalia or chromosomal makeup. And so even biological sex, which we think of as those two boxes, male or female, is more diverse.

Up Next
How to spot unhealthy ideas that prevent true happiness
▸
6 min
—
with
Johann Hari
Related
Health
What happens when regular porn watchers abstain for a week?
Researchers watched for signs of withdrawal — but didn't find any.
Health
What decades of research tells us about living the good life
Warm relationships protect your mind and body from the slings and arrows of life.
The Learning Curve
The world must learn from “karoshi,” Japan’s overwork epidemic — before it’s too late
It is estimated that as many as 488 million people worldwide were exposed to dangerously long working hours in 2016.
Neuropsych
The trouble with medicating mental illness
Has the "age of psychopharmacology” shrunk society’s sense of responsibility for mental health?
Neuropsych
How to unlock your creativity – even if you’re a conventional thinker
People engage in creative thinking every day, whether they realize it or not.