The WikiLeaks publication of emails by the Democratic National Committee revealed that one DNC staffer floated the idea of using Bernie Sanders’s possible atheism against him. While Bernie is officially Jewish, there are reports that he is actually closer to an atheist than a practicing Jew. Bernie himself has denied this accusation. This news begs the question – why is it a kiss of political death to be labeled an “atheist”?

Certainly one wonders what it is about being an atheist that can preclude a person from becoming a US president. The argument is likely cultural. As the majority of the country believes in a God, an atheist would not accurately represent the kind of people who live in the country.

On the other hand, it’s hard to understand what specific Judeo-Christian beliefs Bernie supposedly lacks that should prevent him from being a President. Is it the belief that the heavens and the Earth were created in 6 days? Is it not agreeing with the useful strategic precedent that the seas could be magically parted when you are trying to escape a hostile army? Or maybe it all boils down to not believing that divine commandments should form the basis of our laws (especially as given to a person not proven to have ever existed)?

A country whose bedrock constitutional principle is the separation of church and state should not have religion as a consideration when choosing its leader.

In fact, it’s easier to make an argument that not being bogged down by subjective, unprovable beliefs should make you a stronger champion of every kind of person.

Considering this, one wonders – are there leaders around the world who are atheist?

As the hack that brought these emails to life seems to have originated in Russia, one of the historical bastions of modern atheism, it’s curious to consider – is Putin an atheist?

It appears he used to be one, but after several life-changing events like his ex-wife’s terrible car accident, he is now a devout member of the Russian Orthodox Church.

But there are European leaders who are without religion.

François Hollande, the President of France, is an avowed atheist, losing his religion after being raised Catholic. “I have reached a point where what is clear to me is the conviction that God doesn’t exist, rather than the contrary,” he said to a French magazine in 2002. This point of view works in a country that’s about 50% non-religious or atheist. 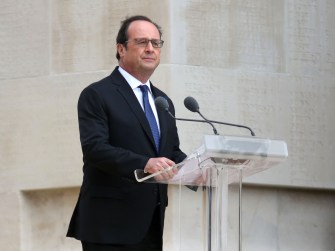 French President François Hollande speaks during the Commemoration of the Centenary of the Battle of the Somme at the Commonwealth War Graves Commission Thiepval Memorial on July 1, 2016 in Thiepval, France.  (Photo by Steve Parsons – Pool/Getty Images)

Alexis Tsipras, the prime minister of Greece, is also a strong atheist. He insisted on taking a civil oath of office, breaking with tradition. 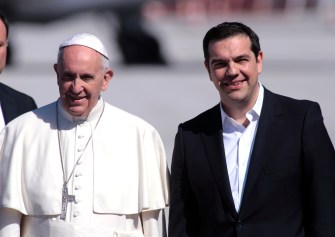 Pope Francis poses with Greek Prime Minister Alexis Tsipras as he arrives on the Greek island of Lesbos on April 16, 2016 in Myteline, Lesbos, Greece. (Photo by Milos Bicanski/Getty Images)

Other noted leaders include the Croatian prime minister Zoran Milanović, whose country is actually 90% Catholic, and Miloš Zeman, the President of Czech Republic, probably Europe’s least religious country, where only 16% of the population identify with a faith.

Of course, Xi Jinping, the President of China, the most populous nation on Earth, is not only an atheist, but has advocated for his compatriots to be “unyielding Marxist atheists” to combat the spread of foreign religions. 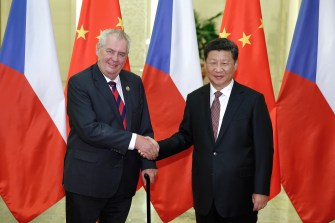 There’s little evidence that being religious is going to somehow help the leader of the free world, the American President, to do his or her job any better. It’s time to not have this be an important qualification for the job.

Tags
atheismbernie sandersElectionsworld leaders
In this article
atheismbernie sandersElectionsworld leaders
Related
Thinking
Epicurus and the atheist’s guide to happiness
Seek pleasure and avoid pain. Why make it more complicated?
13.8
Can you be scientific and spiritual?
Spirituality can be an uncomfortable word for atheists. But does it deserve the antagonism that it gets?
13.8
Thinking thresholds: Is science the only source of truth in the world?
Adam Frank, a card-carrying atheist and physics professor, wonders if there might be more to life than pure science.
Thinking
Is there life after death?
Is death the final frontier? We ask scientists, philosophers, and spiritual leaders about life after death.
▸
14 min
—
with
Big Think
The Present
The most contentious election in American history happened in 1876
The 2020 election cycle is not yet as wild as the 1876 election that made Rutherford B. Hayes president.
Up Next
Culture & Religion
Is Pain-Free Running Possible?
Up to 70 per cent of runners are injured every year. Is this really necessary?