One of the most iconic elements of the Star Wars universe is the Force. That mysterious energy field that permeates the galaxy, which all lifeforms interact with but only a rare few can harness. It gives the science fiction series a mystical punch and serves to make our heroes a little more compelling. Not merely action heroes, they have a deeper connection to the cosmos they protect.

The philosophies that surround the force keep nerds up at night. Books have been written detailing both the ideas of the Jedi and Sith orders. In the films, the Jedi approach to the Force is often explained to those who have never heard of it before. Their idea is that a living force connects everything in existence, that affects all of us and can be manipulated by some individuals. It is aware of changes in the cosmos and strives to balance itself as though it were alive and thinking.

There is a name for this philosophy in real life, panpsychism.

Panpsychism is the idea that everything in the universe has some consciousness or that consciousness is a fundamental part of matter. It has precedents going back to before recorded history, and Thales, the first philosopher, hinted at it when he said: “Everything is full of gods.” Other thinkers have had similar ideas throughout history, including Plato, Leibnitz, Spinoza, and Bertrand Russell. Despite the spiritual overtones of the philosophy, it has had its supporters among scientists as well.

Arthur Eddington was a British astronomer and philosopher of science; he is most famous for confirming the existence of phenomena predicted by the theory of Relativity. Eddington realized that while physics can tell us how matter will behave it cannot tell us what the nature of matter is. He concluded that as we can only know how the nature of the matter that makes up our brains and that it is conscious, it is simplest to presume that the matter outside our brains is somehow aware as well.

He argued that all matter had some form of “mind stuff,” explaining that:

“The mind-stuff of the world is, of course, something more general than our individual conscious minds… The mind-stuff is not spread in space and time; these are part of the cyclic scheme ultimately derived out of it… It is necessary to keep reminding ourselves that all knowledge of our environment from which the world of physics is constructed, has entered in the form of messages transmitted along the nerves to the seat of consciousness… Consciousness is not sharply defined, but fades into subconsciousness, and beyond that, we must postulate something indefinite but yet continuous with our mental nature… It is difficult for the matter-of-fact physicist to accept the view that the substratum of everything is of mental character. But no one can deny that mind is the first and most direct thing in our experience, and all else is remote inference.” 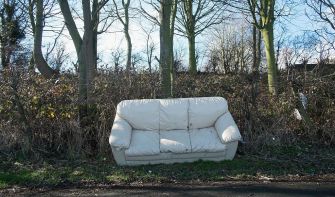 The sofa, however, takes your rejection very seriously.

How do the Jedi use this Philosophy?

While only some things, notably Force-sensitive characters, can manipulate the Force; every object in the universe appears to be able to interact with the Force. Luke Skywalker can interact with all sorts of objects using the force despite those objects not being able to do likewise.  The Jedi understand that they share their interaction with the Force with the entire galaxy, but also know that they, as force sensitives, interact a little differently than others.

This is not fundamentally different from how a panpsychist would understand their existence. They grasp that they are more conscious than a rock, but know that the rock has some potential for awareness as part of its essence. They share awareness in common, just as both Luke and the stones he moves on Dagobah are equally surrounded and embraced by the Force.

A view of panpsychism remarkably similar to the Force was proposed by physicists Bernard Haisch and Gregory Matloff. They suggest that consciousness is produced and transmitted through space and that any system that has a certain size or energy output could generate and emit consciousness. Their outlandish theory suggests even that stars choose to move by electing to emit a jet of hot gasses. The idea, if correct, would make all large or energetic objects in existence mentally aware, in some sense. Significant changes in such systems would then be felt elsewhere, a “disturbance in the force” if you will.

Panpsychism is a radical, bizarre, and quite plausibly accurate philosophy. The idea that all matter is somehow aware staggers the imagination. The idea that some of our favorite heroes understand and fully embrace such a view is even more incredible. But, despite its strangeness, panpsychism continues to attract supporters in the scientific and philosophic communities. Remember to keep an open mind on such strange ideas, and may the Force be with you.

Is science for everyone, or just the morally upright?
Up Next
Health

The biologist Trofim Lysenko, blamed for millions of deaths, is experiencing a revival in Russia.