Russian biologist Trofim Lysenko (1898-1976) is a very controversial figure in the history of science. He was a star Soviet scientist, making discoveries that improved crop yields for the fledgling communist state. But some also consider him responsible for millions of deaths during the Stalin era, pointing to the role his ideas played in causing a terrible country-wide famine.

Lysenko fell out of favor in 1965 even with Soviet historians and the term Lysenkoism came to be linked to pseudoscience. But lately, he has experienced somewhat of a resurgence in Russia, both due to new advances in epigenetics and for political reasons.

A devout communist, Lysenko believed in the promise of the Soviet revolution and looked to create a new science that matched his nation’s ambitions. A Marxist, Lysenko rejected traditional genetics for ideological reasons – declaring that the concept of the same genes being passed down to the children just enforced the status quo. Instead he was a strong proponent of the notion that changes acquired in life can be inherited by future generations.

What shapes plants and animals is their environment alone, according to Lysenko. This kind of thinking gelled with the Soviet ideal that an entirely new man can be created. Lysenko’s implementation of this idea in Russian agriculture led to widespread devastation, setting back Soviet farming and genetic research for years. 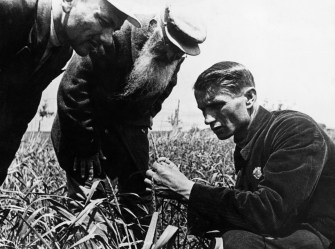 Lysenko came to prominence in the Soviet Union in 1928, after publishing a paper on vernalization – a process of cooling the seeds of winter cereals to make them behave like spring cereals. This had practical applications in a country suffering from bitter colds and devastating famines caused by forced collectivization. Lysenko’s method allowed seeds to bear crops when planted in the spring. This success made him a household name and he was eventually put in charge of the Soviet Academy of Agricultural Sciences by Stalin himself.

The biologist’s next big idea was that vernalized plants would exhibit the same behavior as their offspring – a claim that we now know was possibly based on falsified evidence. As he was in such a powerful position, he was able to test this theory and other ideas like planting seeds very close together and not using fertilizers or pesticides on a state-wide basis. As the journalist Jasper Becker describes in his book Hungry Ghosts, Lysenko-treated crops failed, including wheat, rye and potatoes. While Stalin is ultimately the one in charge during this period and bears the brunt of the responsibility for at least 7 million people killed from famine, Lysenko’s methods made the food situation much worse, resulting in countless deaths.

As per a profile in the Atlantic, China adopted Lysenkoism as well in the late 1950s, bringing about even worse famines. At least 30 million people died of starvation, with some resorting to cannibalism. 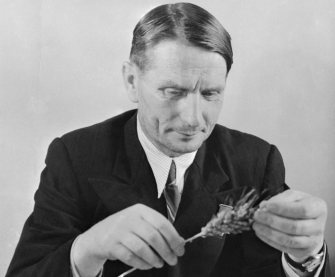 So why then is Lysenko experiencing a resurgence of appreciation in Russia? For one, the field of epigenetics, the study of changes in “gene expression,” has grown considerably. According to epigenetic research, it turns out that some environmentally-produced changes can, in fact, be passed from parent to child, as was part of Lysenko’s claim. Of course, Lysenko did not believe in genes at all, so his ideas were not exactly on point.

A big reason for Lysenko’s revival is driven by rising anti-Western sentiment in Russia, according to an article in Current Biology.Lysenko proponents “accuse the science of genetics of serving the interests of American imperialism and acting against the interests of Russia,” say the writers. Since Lysenko paved his own way, standing up to the West, he is regarded as a hero by some. This new appreciation also coincides with an improving image of Stalin, with 47% of Russians saying in a recent poll that the dictator had the kind of character they approved of as well as “managerial skills.”

Want to learn more about epigenetics? Check out this video:

Tags
biologyepigeneticshistoryLysenkorussiasoviet unionStalin
In this article
biologyepigeneticshistoryLysenkorussiasoviet unionStalin
Related
Hard Science
200 years of exploring Antarctica
What we’ve learning from the world’s coldest, most forbidding, and most peaceful continent.
High Culture
The most controversial painting in Russian history
Created in the 1880s, “Ivan the Terrible and His Son Ivan,” which depicts a father murdering his son, divides Russians to this day.
The Past
Ceramics, corn cobs, and other strange things we used before toilet paper
Some objects were softer than others.
Neuropsych
The trouble with medicating mental illness
Has the “age of psychopharmacology” shrunk society’s sense of responsibility for mental health?
Strange Maps
The great European house cat migration
Ancient bones reveal that domesticated felines were at home in Pre-Neolithic Poland around 8,000 years ago.
Up Next
Starts With A Bang
Ask Ethan: Which Fundamental Science Question Is The Most Important?
Out of five vital questions, which one should we most desire the answer to?Despite all we’ve learned about physics, science, and the Universe before us, there are still some incredibly fundamental […]