The United States’ International Religious Freedom Act of 1998 requires the office of the Secretary of State to compile a list each year of countries that have “engaged in or tolerated systematic, ongoing, and egregious violations of religious freedom,” according to the State Department’s January 4, 2018 press release. In 2017, “Countries of Concern” were Burma — odd, since Burma doesn’t exist any more, having been renamed “Myanmar” — China, Eritrea, Iran, North Korea, Sudan, Saudi Arabia, Tajikistan, Turkmenistan, and Uzbekistan.

While the list is always interesting, one wonders if the U.S. itself is in danger of earning itself a place on it. In spite of the fact that the U.S. Constitution contains no references to God, and explicitly states in its First Amendment, “Congress shall make no law respecting an establishment of religion, or prohibiting the free exercise thereof,” and increasing number of conservative political figures are pushing a narrative that the U.S. was founded on Christian values. Worse, they, and even conservatives on the U.S. Supreme Court, are going so far as to assert that others’ rights to their own beliefs infringes on Christians’ “religious freedom.” It’s loopy, circular logic that must have founding father Thomas Jefferson — the man who wrote that there must be “a wall of separation between church and state” — spinning in his grave.

That aside aside, here’s why the Countries of Concern were called out by the State Department. 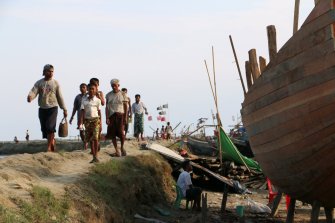 While Myanmar’s been on the list since 1999, when it was still Burma, the brutality of the conflict between the government’s forces and the country’s minority Rohingya Muslims captured the world’s attention in 2017. The group has been denied citizenship since 1982. After the Rohingya attacked police offices and an army base in August 2017, the government’s brutal response was to burn parts of Rakhine State — where 1.1 million Rohingya live — to the ground. The bloody conflict has resulted in some 70,000 people fleeing to Bangladesh for refuge, and about 23,000 people in Myanmar internally displaced. To many, it appears that the Myanmar government is actively involved in a horrific ethnic cleansing operation against the Rohingya. 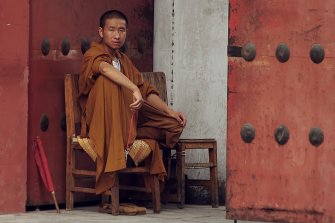 China allows “normal religious activities,” but does not actually specify what “normal” means. The government officially recognizes the Buddhist, Taoist, Muslim, Catholic, and Protestant belief systems, but there are widespread report of attacks on other sects, most infamously the non-violent Falun Gong and the Uighur Muslims. According to the State Department’s 2016 report, there have been claims the government “physically abused, detained, arrested, tortured, sentenced to prison, or harassed adherents of both registered and unregistered religious groups.” Among the unregistered entities are Christian churches, with stories of a disappeared Catholic priest and a pastor and his wife being buried alive. China’s takeover of Tibet, and removal of unfriendly Buddhists there, is also an issue of religious persecution, regardless of its underlying motivation.

One of the sources of information for the State Department’s list is the report of the U.S. Commission on International Religious Freedom (USCIRF), which sums up the situation in Eritrea like so: 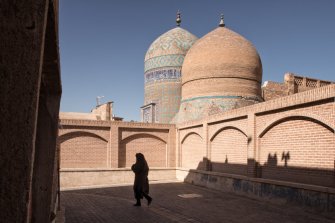 The USCIRF report accuses Iran of a systemic campaign against religious freedom via harassment, arrests, and imprisonment for Baha’is, Christian converts, Sunni Muslims, and even dissenting Shi’a Muslims in the Shi’a nation. While governmental anti-semitic proclamations have become less prominent in recent years, since the election of President Hassan Rouhani in 2013 the number of people incarcerated for their religious beliefs has dramatically risen.

While it’s difficult to know exactly what goes on in the closed-off “hermit kingdom,” according to the USCIRF, in North Korea, “Freedom of religion or belief does not exist and is, in fact, profoundly suppressed.” Citizens are expected to worship the state, and in particular, leader Kim Jong-un. Persecution of believers in any religious faith is the overt policy of the government, though there are refugee accounts of perhaps 1.2% to 5.1% of North Koreans secretly practicing religion there anyway.

Sudan operates under a strict interpretation of Shari’ah law, enforcing hudood penalties on both Muslims and non-Muslims. The USCIRF says the country opposes the establishment of any Christian communities, and that it has been arresting Christian leaders. 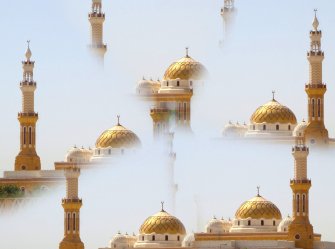 The Saudi government promotes a particular view of Sunni Islam. As far as other Muslim sects go, the country has cut back the power of its Commission for the Promotion of Virtue and Prevention of Vice due to its Vision 2030 campaign to modernize the country, and is claiming to step up its efforts at combating internal violent extremism. Meanwhile, the Saudis prohibit outright the practice of any non-Muslim religion in their country.

The USCIRF says “Tajikistan suppresses religious activity independent of state control, particularly of Muslims, Protestants, and Jehovah’s Witnesses, and imprisons individuals on unfounded criminal allegations due to their Muslim identity.” There have been reports of “police raids, surveillance, and forced closures” against both registered and non-registered religious organizations. All religious activity in the country is under the strict control of the government’s Committee on Religious Affairs.

Turkmenistan also tightly controls religion within its borders, requiring religious groups register and meet what the USCIRF calls “intrusive” standards. And registration is no guarantee against arrest or harassment, however — Jehovah’s Witnesses and Muslims being frequent targets — and there are reports of torture against those jailed for private religious practice. 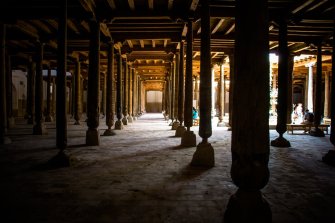 The USCIRF says that in 2016, there were 13,500 religious and political prisoners in Uzbekistan. The country enforces adherence to a particular interpretation of Islam. In addition, “Members of Protestant denominations were subjected to frequent harassment through raids on private homes, seizures of religious literature, and the levying of fines,” says the USCIRF. Kazakhs and Russians have been arrested entering the country with religious materials, out of stated suspicions of terrorist intent.

The International Religious Freedom Act of 1998 refers to freedom of religious beliefs as a “universal right”, stating:

The act’s purpose is to express U.S. foreign policy, and also — chillingly — “to authorize United States actions in response to violations of religious freedom in foreign countries.” Fortunately, it’s not an authorization we’ve readily employed, and one can hope we never do, with the protection of “religious freedom” in question these days even within our own borders.

Are we born evil? St. Augustine and “original sin”

Augustine’s theology came to define Christianity, but there was a rival theology.
The Past

A Nazi institute produced a Bible without the Old Testament that portrayed Jesus as an Aryan hero fighting Jewish people.
Strange Maps

The Christian church so holy that Muslims hold its keys

Six denominations share the Holy Sepulcher, but not all between them is peace and love.
13.8

Spirituality can be an uncomfortable word for atheists. But does it deserve the antagonism that it gets?
The Past

Research shows that bone fragments of Jesus’s (possible) brother belong to someone else.
Up Next
The Present

Nissan is developing technology that controls the car by reading the driver’s brain waves.