Americans tend to view religion and science as competing forces, both logically and psychologically. This outlook isn’t quite new.

Since the 19th century, American intellectuals have been discussing the seemingly incompatible nature of religion and science. One byproduct was the “conflict thesis.” It argues that inherent differences between the two inevitably lead to hostility in society. Today, historians generally take a more complex view of science and religion, but it seems many Americans still believe the two are largely at odds.

Now, a new study published in Social Psychological and Personality Science suggests this phenomenon may be unique to the United States. The researchers examined data from 11 studies that surveyed roughly 70,000 people across about 60 countries. 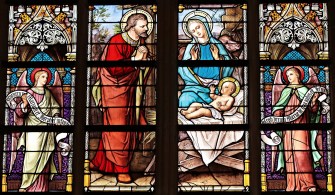 Americans who scored high in religiosity were much more likely to hold explicitly and implicitly negative views toward science. But that’s not quite the same as being anti-science. 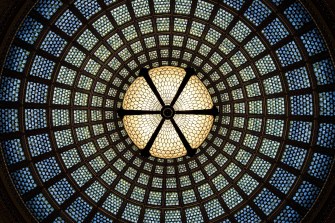 “It’s important to understand that these results don’t show that religious people hate or dislike science,” study author Jonathan McPhetres told PsyPost. “Instead, they are simply less interested when compared to a person who is less religious.”

To find out whether this negative correlation exists elsewhere, the researchers examined data from the World Values Survey (WEVs) that was collected from 66,438 people in 60 countries. The results showed that while most countries did show a negative correlation between religiosity and science views, those correlations were smaller and less consistent than in the U.S. What’s more, further analysis of five understudied countries revealed that religiosity is positively associated with science attitudes in parts of the world.

One phenomenon that was consistent across the world, however, was moral prejudice against atheists.

Why do Americans seem especially uninterested in science? The study didn’t seek to answer that question, exactly. But the researchers did note that future research could explore why Americans show higher rates of biblical literalism and strong overlap between religious fundamentalism and politically conservative values.

But the key finding is that the belief that science and religion are inherently in conflict does not generalize around the world. This suggests scientists and science communicators are able to change attitudes.

“There are many barriers to science that need not exist,” McPhetres told PsyPost. “If we are to make our world a better place, we need to understand why some people may reject science and scientists so that we can overcome that skepticism. Everyone can contribute to this goal by talking about science and sharing cool scientific discoveries and information with people every chance you get.”

Human sacrifice appears to be as old as humanity itself. Still, experts disagree on how and where the practice first originated.
The Well

Basic and breath-taking – Dr. Frank Wilczek addresses symmetry’s critical role in nature’s laws and what we consider to be beautiful.
▸
with
Frank Wilczek
The Past

Black cat crossed your path?
Up Next
The Future

Otto Aviation says the hourly cost of flying the new Celera 500L is about six times cheaper than conventional aircraft.