Anthony Brandt is a composer and professor at Rice University’s Shepherd School of Music. He is also Artistic Director of the contemporary music ensemble Musiqa, winner of two Adventurous[…]
Go to Profile
In Partnership With
John Templeton Foundation 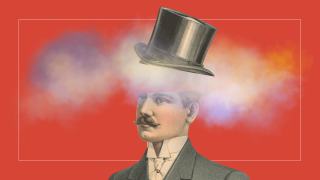 How Picasso and Beethoven hacked creativity

Anyone can learn from this creativity challenge.
▸
3 min
—
with
Anthony Brandt

ANTHONY BRANDT: Human beings have one foot in the familiar and one foot in the novel, and we're actually biologically built to be that way. We don't wanna run on autopilot. We don't wanna live 'Groundhog Day' doing the same thing, saying the same thing to the same people all the time. On the other hand, we don't want doors to have new types of ways you unlock them, and gravity is flipping upside down, and the English language, all the letters are scrambled every time you open the newspaper. We need some mixture of the two, some sweet spot between novelty and familiarity. And the search for that sweet spot is not something with a formula, it's a constant experiment.

And so, in our own lives, we're constantly navigating between the things that are the touchstones for us where we feel solidly grounded, and the places where we're flying free and there isn't a net under us. We often think that the most creative people are the ones who leap straight to the right answers, and have inspiration right from the get-go. But actually, when you look closely at it, inspiration is usually in the proliferation of a diversity of options.

What Picasso is to art, Beethoven is to composing, in that behind his works lie an enormous reservoir of sketches that Beethoven left. And what you see when you look at those sketches is him trying out idea after idea after idea, working the material, never erasing anything, constantly figuring out all sorts of options, and then picking his favorite out of those.

And so, one thing that I'll tell my composition students is, "Banish the eraser and have lots of paper." Never make it that you are treading over- like treating your other ideas like sandcastles that get washed away by the sea, but rather preserve everything so you have the maximum array of choices from which to pull your ultimate decisions. You try to come up with as many possible solutions as you possibly can, and you constantly challenge yourself. It's not good enough to have one answer. It's not good enough to have three answers. Let me come up with seven possible answers to this.

The physicist Richard Feynman said that his whole success as a Nobel Prize-winning physicist was that he trained himself constantly to come up with different ways of arriving at the right answer. So if he ever hit a roadblock, he knew he could just jump to another way of approaching the problem. And that's just a wonderful attitude to have with whatever one is trying to wrestle with creatively.

And the second is this concept of scouting the different distances. So you don't wanna just stay iterating, "Oh, we'll do a red building, and then we'll do the same building green, and then we'll do it blue." That's not really pushing the envelope very much. But can you do stuff that is fairly close to the familiar and broaden it all out into the completely wacky, and everything in between? And if you set that as a creative challenge, let me come up with as many solutions as possible, and then let me fill this whole spectrum from the familiar to the wacky, then you end up with a very healthy, creative attitude, and you tend to be very stimulated with ideas and constantly coming up with new things.