The Truth Is Out There: The Philosophy of the X-Files

The truth is out there. But it may be subjective. 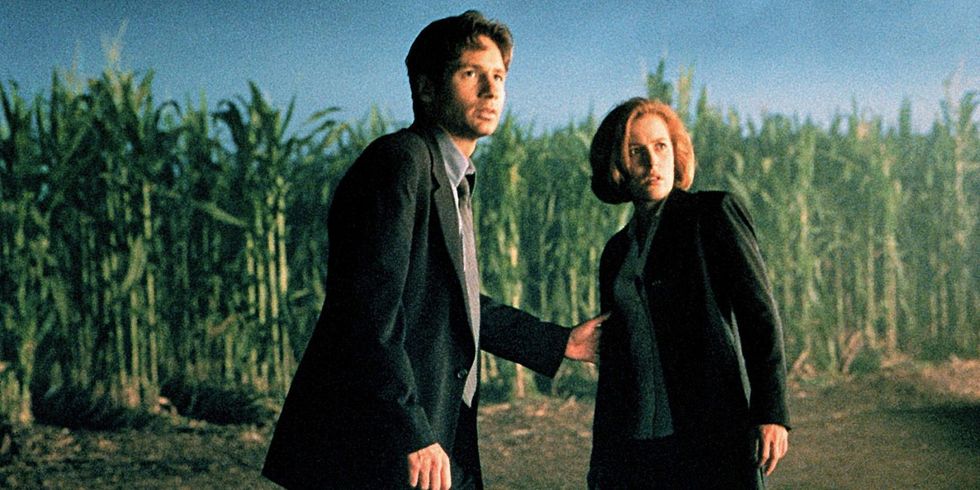 Many of us fondly recall one of the great television shows of all time, The X-Files. Fox Mulder and Dana Scully would find the paranormal, supernatural, or extraterrestrial monster of the week and save us from it, all the while knowing that larger forces made their task Sisyphean. Having an initial run of nine seasons and having returned to television for more, the show remains in the popular consciousness.

But while Fox and Dana are chasing the monster of the week, there is some serious thought behind the episodes.

One of the areas of philosophy the show loved to delve into was the philosophy of science. This area of philosophy asks questions like “what is science?” “what is good science?” and “how do we do it?”. The show presents us with two approaches to science between the main characters.

Scully often expresses a view of science so extreme it earns its own name. Scientism, which Scully is occasionally prone to, is the application of the tools of science to situations where they are not useful. For example, after encountering an alien bounty hunter, poltergeists, and werewolves, she still reports to the FBI higherups that despite the “possibility of paranormal phenomena” she refuses to accept the notion and continues to attempt to apply grounded scientific explanations to the various bizarre experiences that she has-despite the ever-increasing absurdity of the attempts.

In the show, Scully does express more and more sympathy to paranormal explanations over time, however her acceptance of them is driven by knowledge of a reason for them, rather than a blind acceptance of the existence of aliens or monsters. She was also able to hold on to an outright rejection of such explanations for a long time, thanks to many episodes which “reset” her ability to explain away the paranormal.

However, there is another side to it as well: Mulder’s pseudoscience.

While Scully can over depend on the scientific view of the world, Mulder is often too keen to jump into a belief without support, or to be open to using a paranormal tool that cannot be relied on. Asking a psychic for an astrological explanation, or trusting the data on a tape given to him by a stranger.

Karl Popper, Austrian-British philosopher extraordinaire, wrote on the philosophy of science for most of his life. True science, he claims, is the creation of ideas when can be proven false and then trying to do so. Any idea which cannot be proven wrong isn’t science. He pointed out that ideas that were seen as very scientific, such as Freudian psychology or Marxist views of history, were impossible to prove wrong. Mulder, while generally reliant on evidence, often accepts explanations that cannot possibly be proven false; making him, in Popper’s eyes, a pseudoscientist. The show wasn’t all just science and pseudo-science though, many times it focused on the practical- and existential- aspects of the paranormal. In one of (in my own humble opinion) the greatest episodes of the series, Peter Boyle plays Clyde Bruckman, a man with the ability to see into the future and know exactly how a person will die. He uses this knowledge mundanely... to help sell life insurance. While Mulder is only interested in the phenomena and application of his abilities, Scully realizes that this man has to live with the implications of his psychic abilities. In the end (SPOILER ALERT! LOTS OF THEM! Skip to the last paragraph if you have to!) Clyde commits suicide rather than live on knowing the predetermined future, a fate he knew he was doomed to for years.

This episode explores questions of free will and determinism, while also showing different ways of dealing with the answers. Clyde points out to Mulder that his psychic powers might mean there is no free will, asking how he could see the future if it wasn’t already there. Clyde, knowing this for the last forty years of his life, carries on anyway with a standard, middle class life.

He is, as Camus would call it, an Absurd Hero. Confronted with the idea that all of his actions are predetermined and meaningless, he carries on. For Camus, living in an absurd universe drove most people to scramble for some kind of meaning. The few who could truly understand the lack of meaning they face, the absurdity of it all, and still manage to get by with the occasional smile are “heroes”. Clyde knows that nothing he does has meaning. He understands his own death will be the result of causality, but he is able to trudge through live anyway. An example of the true hero.

In the end, Clyde can no longer endure the predetermined life and commits suicide. While his is, perhaps, predetermined, Camus remarked that we can choose suicide as a means to escape the absurd. However, it does not solve the absurd- as there is no more meaning in death than life.

The X-files is a fun show, full of thrills, action, and the occasional laugh. There is also, serious philosophy explored behind the action. Can watching TV help you understand the limits of science? What science is? Or how to endure when the point of it all is gone? The truth is out there.