With the retirement of Supreme Court Justice Anthony Kennedy, President Donald Trump scored his second nomination to the United States’ highest court. During his term, Trump could potentially receive a third and fourth empty seat on the bench.

Since Supreme Court justices serve for life, such a turn of events would tilt the court toward conservative rulings for decades. Dreading such a future, Democrats have unleashed a salvo of criticisms at Trump’s current SCOTUS nominee, Brett Kavanaugh. They have also called for reforms to set term limits for federal judges.

On his show Last Week Tonight, liberal-leaning comedian John Oliver argued that term limits are essential for democracy, as lifetime appointments come with a bevy of drawbacks. But it wasn’t long ago that Republicans could be heard issuing similar clarion calls.

“I just think that people—whether they’re in the legislative, executive, or judicial branch—shouldn’t see their appointment to an office as permanent,” Mike Huckabee told CNN during his 2015 run for the Republican nomination. “It would be that they have no accountability whatsoever.”

If there is bipartisan agreement that term limits can be problematic, then why do Supreme Court justices have a lifetime appointment? 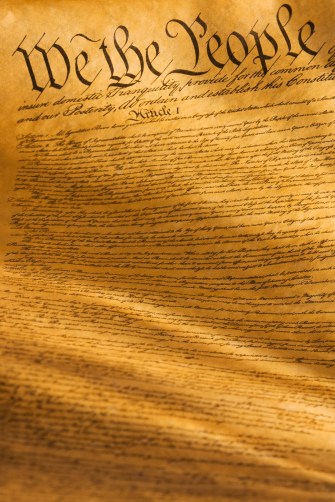 A close up of the U.S. Constitution. SCOTUS justices are granted a lifetime appointment under Article III, Section 1.

The why of lifetime appointments

The U.S. Constitution doesn’t specifically grant Supreme Court justices a lifetime appointment. Instead, Article III, Section 1, states that federal judges “shall hold their Offices during good Behavior” and… that’s it. As long as federal judges don’t commit a crime — and remember their pleases and thank yous — they keep their seat.

The phrase “during good Behavior” translates to a lifetime appointment because the Founders set no specific term or age limit for service. This means that the only actions that can remove a federal judge are death, resignation, or impeachment by Congress.

Most federal judges exit by way of death or resignation, with impeachment coming into play sparingly. Only 15 federal judges in U.S. history have ever been impeached and never a Supreme Court justice. Of the 113 justices to serve, only two have been faced with the threat of impeachment.

In 1804, the House impeached Supreme Court Justice Samuel Chase, but he was not convicted by the Senate, and he continued to serve on the bench until his death in 1811. In 1969, Supreme Court Justice Abe Fortas resigned under threat of impeachment. There have been other calls for impeachment, of course, but these two stories represent the farthest such actions have managed to hinder a justice’s career.

For the record, justices serve on average for 16 years. However, when we only take into consideration justices from after the 1970s, the average jumps to 26 years. The longest-serving justice was William O. Douglas, who sat on the bench for 36 years, seven months, and eight days.

Reasons for a lifetime appointment

This conversation is uniquely American. No other major democracy grants federal judges lifetime tenure. Some have mandatory retirement ages, some set term limits, and some do both. But the Founding Fathers had very specific concerns they were trying to counter with such a far-reaching policy.

Returning to the Constitution, Article III, Section 1, also states that federal judges shall receive compensation and that compensation “shall not be diminished during their Continuance in Office.” (As of Jan. 1, 2018, associate justices receive a salary of $255,300, and the chief justice receives $267,000.)

The reason the Founders set no term limits goes hand-in-hand with their prohibition on diminishing wages: Both serve to prevent the legislative and executive branches from manipulating the courts. The wording of Article III means that neither the president nor Congress can institute term limits or a pay cut, ensuring judges are secure in their job and beholden to neither branch’s whims.

Alexander Hamilton made this argument overt in The Federalist Papers: No. 78. “If, then, the courts of justice are to be considered as the bulwarks of a limited Constitution against legislative encroachments, this consideration will afford a strong argument for the permanent tenure of judicial offices,” Hamilton wrote, “since nothing will contribute so much as this to that independent spirit in the judges which must be essential to the faithful performance of so arduous a duty.”

These Constitutional freedoms should (in theory) put justices above politics and allow them to rule through a fair, unbiased interpretation of the law. Rising above partisan politics would also allow the Supreme Court to stand as a lawful, counter-majoritarian force that could protect the rights of the minority in the face of popular politics. (Again, in theory. There have been times when the Supreme Court has enshrined popular tyranny into law—looking your way, Dred Scott v. Sandford.)

When it comes to the idea of imposing term limits, some worry that such an act would set a precedent that allows the other branches of government to further shackle the court’s power—effectively negating the checks and balances set by the Founding Fathers.

“Imagine if Congress all of a sudden thought […] that it should be regulating the Supreme Court on a much more aggressive basis,” said Stephen Vladeck, professor at the University of Texas at Austin School of Law, during a National Constitution Center debate on the subject. “I worry about a precedent where we start opening the door for Congress—especially this Congress—to flex its muscles, to use its power to try new ways to impose more and more constraints on the independence of the justices.” 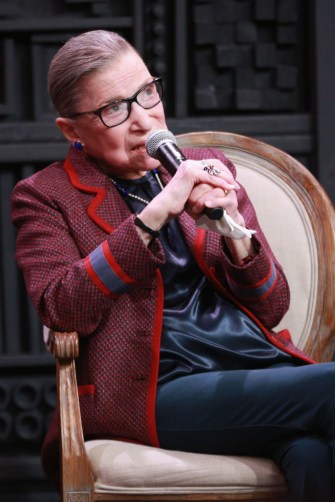 Should we set term limits on SCOTUS justices?

But others on all points of the political spectrum say these arguments, while well intended, don’t balance out the downsides of lifetime appointments. Some even argue that such aspirations for apolitical judges are wishful thinking.

“It’s impossible for a position like this not to have political ramifications,” argued Alan Morrison, professor at George Washington University Law, during the aforementioned National Constitution Center debate. He added:

Given the content of the work that they do and the kinds of questions they have to answer, does anybody really think that justices call balls and strikes—when the question is whether due process has been violated [or] whether the death penalty is a cruel and unusual punishment? Obviously, these are political offices, but unlike other political offices, people stay for a very, very long time.

Others note that lifetime terms add a factor of randomness in determining the court’s makeup, a decidedly undemocratic mechanism in our system. Writing for the Week, Matt Bruenig points out that Jimmy Carter nominated no Supreme Court justices, yet Dwight D. Eisenhower nominated five. Bill Clinton appointed two in his two terms, while George H.W. Bush appointed the same number in one.

“Filling up the court in such a random manner makes its overall political composition more random as well,” writes Bruenig, “rather than a democratic reflection of the political trends of the country as a whole.”

Finally, there is the question of age. When Hamilton wrote the Federalist Papers, the average life expectancy in the Americas was about 35 years. Today, it is 77 years.

This means justices will serve much longer tenures on average than they did in the past. Such term lengths can prevent the bench from being updated to mirror social and culture progress. In the court’s 228-year history, for example, only six of 113 justices have not been white men—two African-American men and four women.

Age also adds a political element to the bench. Justices will often choose to retire when a president is in office who echoes their political views, ensuring their seat continues to vote as they would.

“Justices have a conflicting set of obligations,” Geoffrey R. Stone, a law professor at the University of Chicago, told the New York Times. “On the one hand, they have an obligation to serve their terms as long as they feel it’s in the interest of the nation, and as long as they feel they can do the job well. But they have a conflicting desire, which is to perpetuate their view on the court. It’s a political and personal judgement which they have to make for themselves.”

Such worries extend to the justices themselves, who may hold onto their seats well beyond the point when their health fails them (as happened to Justice Thurgood Marshall). There is also the concern of what would happen if a justice developed dementia or lost other mental faculties.

Can anything be done?

Not much. The majority of Americans agree that term limits for federal judges should be enacted, but setting a such a limit would take an act of Congress.

Could both parties ultimately come to an agreement that such limits are beneficial? Maybe, but even if they did, it seems unlikely a situation would arise in which neither party felt such an act would not benefit one party over the other. Not to mention the bad blood from years of politicking to secure seats on the bench, such as the Merrick Garland incident.

The only real recourse the average American has is to vote for representatives that support their views, whether those views are for or against term limits.