Proof the Supreme Court Isn’t All About Politics and Ideology

While the battle over the next Supreme Court justice will be fought in the realm of bare-knuckle, high-octane politics, the daily business of the justices is often a good deal less partisan. 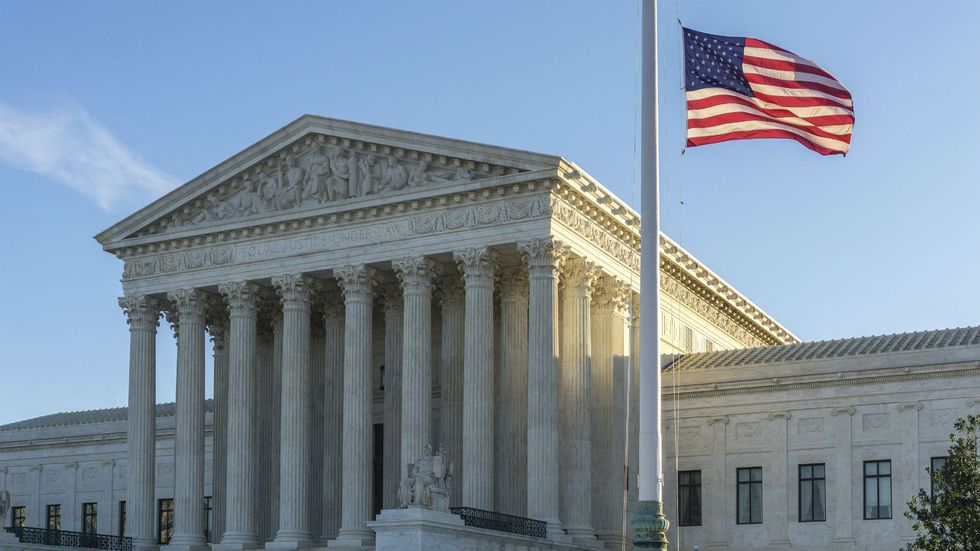 On March 16th, President Obama nominated Merrick Garland, a centrist judge, to fill Antonin Scalia’s empty seat on the Supreme Court. Now a firestorm is erupting over whether the Senate should consider him. Senator Charles Grassley of Iowa, chair of the Senate Judiciary Committee, has said he will refuse to hold hearings on any nominee (a position I analyzed at The Economist last week). Democrats respond that this amounts to a dereliction of duty. Richard Posner, a judge on the 7th circuit court of appeals and author of over 40 books, says the rancor from both sides of the aisle is proof that the Supreme Court is a thoroughly ideological institution. It reminds us, he writes,

that the Supreme Court is not an ordinary court but a political court, or more precisely a politicized court, which is to say a court strongly influenced in making its decisions by the political beliefs of the judges.

The view of the Supreme Court as shot through with partisanship has gained credence in the 16 years since five conservative justices installed George W. Bush as president in Bush v. Gore. Today’s justices may be split more neatly along ideological lines than ever before, and the division reflects the priorities of the political parties of the presidents who appointed them. But for all the examples of high-profile Supreme Court decisions featuring closely divided votes on hot-button issues like gun rights, religious liberty, the death penalty and equality for gays and lesbians, there are many more examples of cases in which the justices reach unanimity or line up in ways that do not honor the simplistic image of a left-right split.

In the introduction to my new book, I detail many instances of the justices breaking ranks with their typical voting blocs in last year’s cases. And last week afforded a pair of rulings to add to the list—one involving gay adoption, the other the prison sentence of a child pornographer. Neither case made the front pages, but both constitute a reminder that while the battle over the next Supreme Court justice will be fought in the realm of bare-knuckle, high-octane politics, the daily business of the justices is often a good deal less partisan.

Exhibit A is the pseudonym-filled V.L. v. E.L, a case out of Alabama involving the legitimacy of adoption by same-sex partners. When V.L. and E.L. ended their 17-year-long relationship in 2011, the birth mother of the couple’s three children (E.L.) sought to strip her former partner (V.L.) of joint custody which they had, together, sought and won four years earlier in Georgia. With a barely concealed disdain for the very concept of gay parents, the Alabama Supreme Court used adjudicative contortionism to explain why Georgia’s court had failed to live up to Georgia law and why, therefore, V.L.’s adoption order was invalid in Alabama. The nine justices of the U.S. Supreme Court were unimpressed by the Alabama jurists’ attempt to nullify V.L.’s long-standing parental rights and spoke in a single voice in reversing their ruling. The justices did not even feel the need to hear arguments in the case; in a six-page ruling, they simply reminded the Alabama Supreme Court of the Constitution’s “full faith and credit” clause, which requires states to recognize as binding fellow states’ laws and legal decisions, and restored V.L.’s shared custody of her children. Though three of the Supreme Court justices are deeply opposed to same-sex couples’ constitutional right to wed and are probably not big fans of gay adoption, they joined their fellow five justices in correcting the Alabama judges’ error of law. John Roberts, the chief justice, along with Samuel Alito and Clarence Thomas, stood up for the law and demonstrated that the Supreme Court can indeed function in non-ideological terms even when lower courts do not.

This virtue is reflected in Exhibit B from last week: the Court’s 6-2 decision in Lockhart v. United States. The case involves an unsavory character, Avondale Lockhart, who was convicted of buying child pornography in 2010. He was initially sentenced to 6-8 years in prison, but saw this balloon to a mandatory minimum term of 10 years due to an earlier conviction of attempted rape. The additional time behind bars came courtesy of a federal law requiring longer prison terms for people breaking child pornography laws who had been previously convicted for “aggravated sexual abuse, sexual abuse, or abusive sexual conduct involving a minor or ward.”

The issue in Lockhart is whether “involving a minor or ward” modifies each of the three crimes in that list or only the last one. If it applies to all three, Lockhart should not face the longer prison term, because his prior conviction was not for raping “a minor or a ward.” But if the phrase applies to only “abusive sexual conduct,” then sexual abuse against a victim of any age would trigger the longer sentence and Lockhart would have to serve the additional time. I won’t get into the dueling canons of statutory interpretation that fueled the majority and dissenting opinions; if you’re interested, Evan Lee lays them out clearly here. I will only note that Lockhart lost his case and that the six-justice majority coming to that conclusion was made up of the Supreme Court’s farthest-left and farthest-right justices—including Obama-appointee Sonia Sotomayor (who wrote it) and Clarence Thomas (more conservative than the late Antonin Scalia)—while the dissent came from two more moderate liberals (Elena Kagan, the other Obama appointee, and Stephen Breyer, appointed by Clinton). This is an odd patchwork indeed for a Court that is “strongly influenced in making its decisions by the political beliefs of the judges,” as Judge Posner claims.

The Supreme Court’s most controversial decisions often lend fuel to the argument that the justices are hopeless ideologues. But to look more comprehensively at the Court’s docket and the variegated lineups of its decisions is to find a tribunal that defies oversimplification. For all the rulings that reflect the ideological “priors” of the justices, there are many others that fog such a cynical lens on the Supreme Court. The justices do not deliberate in a hermetic bubble separate from politics, but they are certainly less partisan and more driven by the rule of law than are the senators fighting now over who the 113th justice will be, and who gets to nominate him.