Academic freedom is a protection that’s long enabled students and professors to make the most of higher education by facilitating the free exchange of ideas. But today, outrage mobs are chipping away at this freedom by trying to silence what professors can teach, research, and express in their private lives.

Outrage mobs are aggressive groups of people who temporarily band together online – and sometimes in real life – to denounce people whose ideas they disagree with. While outrage mobs can arise in other contexts – celebrities are frequently targeted, for example – given the importance of academics’ ability to explore difficult ideas freely, they are particularly problematic in the university context. Without open academic pursuit and scholarship, imagine the extent of society’s missed opportunities in regard to scientific discovery and technological innovation.

Angry mobs are nothing new. But social media has made it easier than ever to succumb to mob mentality and let our worst instincts and impulses run rampant. Outrage mobs pose a new and unique threat to professors’ academic freedom, which depends on their ability to question conventional wisdom. And the threat isn’t only that professors might lose their jobs, but also that academia might become less intellectually dynamic.

While the article was not meant to be controversial, it generated a sizable negative response, particularly on social media. This was closely followed by an open letter signed by over five hundred academics to the journal’s editors alleging (falsely) many ethical lapses and harms– this resulted in the article being retracted (an unprecedented move).

For Tuvel, a junior scholar who has not been tenured (and for whom publications are crucial) this decision directly impacts her future career. It is worth noting the irony that the ancient female philosopher Hypatia, the journal’s namesake, is believed to have been murdered by an angry mob of zealots.

“The assemblage of neon whiteness serves to create a false idea of homogeneity — everyone was very white! — across the Mediterranean region,” she wrote for Hyperallergic. Bond suggested that this misconception has over time indirectly supported racist views, and she noted that white supremacist groups like Identity Europa often “use classical statuary as a symbol of white male superiority.”

A handful of right-leaning media outlets picked up the story. Campus Reform, for instance, published a piece with the headline: “Prof: ‘white marble’ in artwork contributes to white supremacy”. Soon enough, Bond became the target of an outrage mob, which threatened her, harassed her with anti-Semitic references, and called for her termination.

“What they want to believe is that there is a liberal professor that is so sensitive to race issues that she will make race issues out of anything,” Bond told ArtForum. “They want to make me an example of the hyperliberalization of the academy.”

“Free exchange and criticism of ideas is central to academic research, and attempts to shut down anyone by threats and bullying are detrimental to free speech,” Finamore said. “We in classics support [Bond] and the need for a humane atmosphere of productive exchange of ideas.” 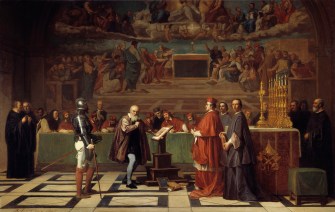 Expressing moral outrage can feel good. That’s because the brain releases dopamine, a neurotransmitter that helps regulate pleasure, when we punish others for violating a moral norm. Social media can multiply this effect. Outrage mobs are usually motivated by political ideology, and people on both the left and the right engage in them. But recent research has also revealed other motivations, beyond mere political point-scoring.

This is especially true in an era of political polarization where expression of outrage can be a vent for frustration. But it’s important to remember that outrage mobs are emergent phenomena that only exist because individuals choose to participate in them.

“Part of an education is exposing students to differing positions and opinions on a topic, in an effort to encourage critical thinking. At all times, students at California State University, Dominguez Hills are encouraged to exercise their right to free speech, free inquiry, and freedom of expression.”

“Genuine boldness and thoroughness of inquiry, and freedom of speech, are scarcely reconcilable with the prescribed inculcation of a particular opinion upon a controverted question.”

Much like energy and nutrients flow in a continuous cycle between the elements of a natural ecosystem, a free flow of knowledge fuels the growth of a learning ecosystem.
Strange Maps

An interactive “globe of notability” shows the curious correspondences and the strange landscape of global fame.

“This is much deeper than just ‘let’s figure out how we can get both sides to get along.’”
▸
15 min
—
with
Ian Bremmer
Neuropsych

There is no long-term beneficial effect of medication on standardized test scores.
Up Next
The Future