IBM has a long history of seeing the future, and its 2019 5 in 5event aims to do it again. Ahead of the public prognostication, Arvind Krishna, senior Vice President of IBM Cloud and Cognitive Software, blogged a preview of what IBM sees as the next five years’ big changes. It all has to do with… food. Here’s what IBM’s forecasters say to expect.

1. Digital doubles in farming will revolutionize lending for growers

We’ve written about digital doubles, or “twins,” before. They’re highly detailed virtual models of a real-world counterpart of some sort. They’ve been popular for a while as a means of monitoring factory facilities by keeping an eye on how their digital twins function. IBM foresees them as being used to model the outcomes of farming strategies for which farmers are seeking financing from banks.

A digital model will allow financial institutions to separate the wheat from the chaff in lending applications. It will also help growers more effectively farm by arming them with digital simulations of their crop strategies. Most significantly, the ability to avoid flawed growing plans will more reliably help feed Earth’s growing population. 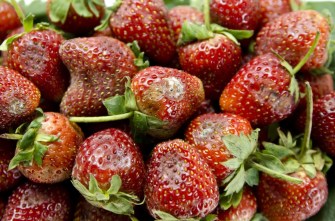 It’s been a rocky year for bitcoin, but IBM sees its underlying concept — blockchain, a decentralized, secure ledger — as having a meaningful contribution to make in the field of food supply-chain management. They envision it providing a more accurate ongoing inventory of food supplies, especially as the tech matures into partnership with IoT devices and artificial intelligence algorithms. The Food and Agriculture Organization of the United States estimates about a third of the food produced for human consumption is wasted, and an accurate comprehensive tracking system such as this could reduce the problem significantly. 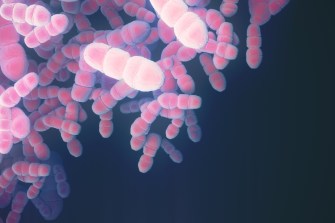 As scientists learn more about microbes, IBM predicts they’ll be able to more easily and cost-effectively analyze the genetic makeup of those introduced to foods at farms, factories, and grocery stores and more consistently identify those that would be unhealthy for humans. This will lead a greatly enhanced ability to keep foods safe.

4. A.I. will sniff out food-borne pathogens

IBM sees A.I. sensors becoming readily available to test food for pathogens in seconds before there’s a chance that it might be eaten and make people sick. It expects the requisite A.I. sensor to be introduced into mobile devices or even embedded in kitchen countertops so that farmers, processors, grocers, and cooks can stop the next E. Coli or salmonella outbreak before it starts. 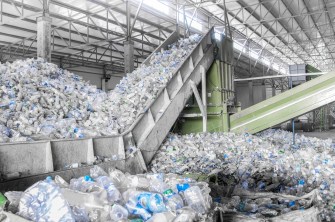 5. A sustainable solution to the recycling glut

Currently, experts are raising alarms that there’s a limit to recyclers’ need for recycled plastics, and that our current approach isn’t really sustainable. Some regions are even shutting down recycling because there’s no more commercial recyclers willing to take the stuff.

IBM cites the discovery of new chemical processes, such as its own VolCat that can digest polyester (PET) so completely it can be seamlessly reintroduced into the manufacturing stream for new plastic products. With all the plastic that’s out there, this technology may well transform the way we deal with waste.

IBM’s predictions may not be as glitzy as Mars colonization or designer babies. Still, we’re reliant on the systems in which food is grown, processed, distributed, and sold, and it’s easy to forget all that’s involved. Likewise how dependent we are on it for our survival, and how the health of the planet’s food supply ripples outward geopolitically. IBM’s big five would be big indeed. It’ll be exciting to watch these predictions come true.

From Seed to Shelf: 5 innovations will transform the food supply chain within 5 years

From seed to shelf: 5 innovations will transform the food supply chain within 5 years

Tags
Agricultureblockchainfarmingfinancefoodmicrobespredictiontechnology
In this article
Agricultureblockchainfarmingfinancefoodmicrobespredictiontechnology
Related
Life
Scientists use CRISPR to insert an alligator gene into a catfish
Disease kills off 40% of farmed catfish. This gene protects them.
Health
COVID, RSV and the flu: A case of viral interference?
Viruses, it turns out, can block one another and take turns to dominate.
Life
Most of the seafloor is a thick graveyard of ooze
Each year, several trillion pounds of microscopic silicon-based skeletons fall down the water column to pile up into siliceous ooze.
Health
New killer CRISPR system is unlike any scientists have seen
Once activated, the CRISPR-Cas12a2 system goes on a rampage, chopping up DNA and RNA indiscriminately, causing cell death.
Health
Visualizing cells at previously impossible resolutions provides vivid insights into how they work
Cryo-electron tomography, or cryo-ET, is the future of cell research.
Up Next
Starts With A Bang
Could A Super-Earth World Around Barnard’s Star Be Home To Alien Life?
We know that life is possible on an Earth-like world around a Sun-like star. But can it find a way on a Super-Earth?When it comes to the origin of life, […]