You can fully indulge your fears of ubiquitous government surveillance with the news that it’s already here. Georgetown Law researchers and reporters from the Washington Post found out that FBI and ICE investigators have been scanning hundreds of millions of photos from state DMVs to use in facial recognition software.

This treasure trove of data is utilized frequently to look for suspects in “low-level” crimes. The FBI, apparently, makes about 4,000 facial recognition searches every month. In total, the agency has access to 641 million face photos across various databases.

Such a practice currently involves 21 states, including the populous Pennsylvania and Texas. While there are rules set up for such search requests to be linked to active investigations, they are not always strict or followed. This leads to a lack of accountability or clarity in who is being looked at, whether there are false positives, and if privacy concerns are being addressed. 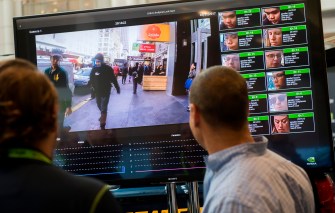 Clare Garvie, a senior associate with the Georgetown Law center who headed the research, called it an”insane breach of trust” that in some states immigrants without documents are being urged to submit their info to get driver licenses – info that is then passed on to ICE.

FBI’s Deputy Assistant Director Kimberly Del Grecospoke in favor of the practice, however, saying it worked to “to preserve our nation’s freedoms, ensure our liberties are protected, and preserve our security.” The difference, of course, is that the millions who are getting scanned have not been charged with any crimes. The government is essentially fishing through information on American citizens in a way that has not been definitively authorized by Congress or state legislatures. 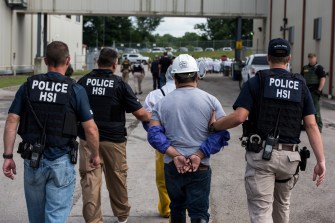 Both Republicans and Democrats have spoken out against the practice.

“They’ve just given access to that to the FBI,” saidRep. Jim Jordan (R-Ohio), ranking member of the House Oversight Committee. “No individual signed off on that when they renewed their driver’s license, got their driver’s licenses. They didn’t sign any waiver saying, ‘Oh, it’s okay to turn my information, my photo, over to the FBI.’ No elected officials voted for that to happen.”

In a statement to the Washington Post, the House Oversight Committee Chairman Elijah E. Cummings (D-Md.)agreed that there’s trouble there, pointing out that “Law enforcement’s access of state databases,” especially DMV information, is “often done in the shadows with no consent.”

Tags
crimegovernmentimmigrationjustice systemlawpoliticsprisonprivacysurveillance
In this article
crimegovernmentimmigrationjustice systemlawpoliticsprisonprivacysurveillance
Related
Putin’s war: “The single biggest geopolitical mistake since 1989”
“This is much deeper than just ‘let’s figure out how we can get both sides to get along.’”
▸
15 min
—
with
Ian Bremmer
High Culture
From Poe to Mao: piecing together the evolution of detective stories
Detective fiction reveals how a particular society or time period looks at crime and criminal justice.
How resisting conformity can lead to real world progress
Thinking as a group and going along with the loudest voices can feel easy and even natural. But to make real positive change in our world, it’s important to hear all voices and question the perceived majority.
▸
5 min
—
with
Todd Rose
10% of people are dominating social media. What if the other 90% spoke up?
Social media isn’t the majority – it’s the vocal fringe.
▸
with
Todd Rose
The Big Think Interview
Why the world needs cults
Scientology, QAnon, and Heaven’s Gate: why do we seek healing from cults?
▸
with
Jamie Wheal
Up Next
Strange Maps
Who are the people running away from Europe?
UNHCR data shows a small but intriguing flow of refugees from countries like France, Germany and the UK