Millennials are destroying everything. At least, that’s the hyperbole promoted by baby boomers through op-eds and Facebook posts.

A quick Google search will net you a bevy of articles bemoaning young Americans killing this or that aspect of our society. They are a bunch of tender snowflakes whose political correctness hampers free speech. Their addiction to technology erodes traditional family values. They are ruining the sacred institution of marriage. And the final straw? They’re trying to kill straws.

But stereotypes do not constitute evidence. Data does, and a recent analysis suggests millennials are preserving at least one traditional value, marriage. In fact, today’s young women are responsible for a steep deduction in America’s the divorce rate — despite baby boomers divorcing at record rates.

Dr. Philip Cohen, a sociology professor at the University of Maryland, wrote the analysis. Titled “The Coming Divorce Decline,” it was submitted for presentation at the 2019 Population Association of America meeting.

Cohen compared the number of divorces to the total number of married women. His analysis showed that from 2008 to 2016, there was an 18 percent drop in the rate of divorce. When controlling for factors like age, the decline continues to trend downward at 8 percent.

However, not all generations are pulling their weight equally.

Contrary to the popular belief, the baby bombers have not settled down in their sunset years. The data show that boomers continue to divorce at much higher rates than previous generations. This has sparked a phenomenon called the gray divorce boom.

Writing for the L.A. Times, sociologist Susan L. Brown notes that fewer than 10 percent of divorcees in 1990 were older than 50. Today, it is one in four.

“Boomers are more likely than previous generations to have experienced divorce and remarriage,” Brown writes. “And those remarriages, it turns out, are at greater risk of ending in divorce. In part, that’s because these marriages tend to be more fragile due to the relationship challenges associated with forming a stepfamily.” 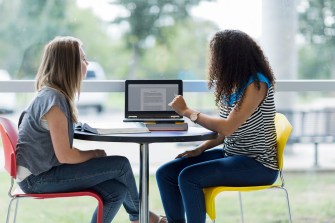 Today, young women are more likely to be older, have an education, and not have children before first tying the knot.

Offsetting the baby boomer divorce rate are the marriages of their millennial cohorts. Younger women are simply not showing an inclination toward separation.

Why? Cohen suggests that three major factors explain this shift. First, today’s young women are more likely to be older than 25 when they get married. They are also more likely to have a college education and not have children before tying the knot. Cohen’s analysis argues these factors contribute to more stable marriages and less chance of divorce.

Based on this composition of new marriages, as well as the lessening influence of the baby boomers on demographics, Cohen believes the divorce rate will continue to fall. However, his analysis also notes that this marital makeup runs the risk of making marriage more exclusive and potentially a “central component of the structure of social inequality.”

“One of the reasons for the decline is that the married population is getting older and more highly educated,” Cohen told Bloomberg. “Marriage is more and more an achievement of status, rather than something that people do regardless of how they’re doing.” 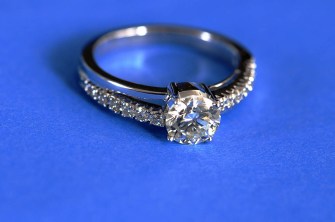 Many low income adults are choosing not to marry because of the costs associated with it.

It’s not just divorce that’s plummeting. Marriage itself is also on the downturn.

According to the National Center for Family and Marriage Research, American marriages peaked in 1920, when the marriage rate was at 92.3 percent. By 1960 that number dropped to 73.5, and it’s been a slippery slide ever since. Today, the marriage rate hovers at around 32 percent, but appears to have stabilized.

(Note: Since Cohen’s analysis used a ratio between divorces and the total number of married women, the overall declining marriage rate did not affect his outcomes.)

The Center’s data also show concern that marriage is becoming a status symbol and a benchmark for growing social inequality.

Similarly, when looking at race and ethnicity, the Center found that 60 percent of all women were married in 1940. But in the decades that followed, there developed a widening gap between women of different ethnicities. By 2016, for example, white women were nearly twice as likely to get married than black women.

According to a Pew Research survey, low income and financial instability are the major reasons why never-married adults don’t tied the knot. In fact, 47 percent of those with income less than $30,000 cite low income as the main deterrent to marriage.

So, while millennials may have the divorce rate down, it may be a pyrrhic victory if they are not up to the challenge of combating growing social inequality.

In terms of sheer productivity, “-gate” has no peer. Wikipedia’s list of -gates has over 260 entries.
Neuropsych

“This country is being ripped apart here,” Flake told the Senate Judiciary Committee.