National student debt in the U.S. currently stands at a stunning $1.4 trillion, with half of all first-time, full-time students owing money. Only the country’s homeowners have a greater amount of debt. Entering the job market burdened by the continual drain on income of paying off a student loan affects salary considerations and ultimately lowers the quality of life for those in debt. It also, according to a just-published report, looks to be affecting the age at which people, especially millennials, feel their lives have finally stabilized enough to get married. And there’s an interesting upside to marrying later: The divorce rate is dropping.

‘The Changing Nature of the Association Between Student Loan Debt and Marital Behavior in Young Adulthood‘, published in Journal of Family and Economic Issues, compares statistics relating to two populations, gathered by the U.S. Department of Labor’s National Longitudinal Study of Youth (NLSY). The two cohorts are:

Fenaba Addo of the University of Wisconsin Madison led the study and analyzed the NLSY data of boomers and millennials, who were demographically similar except for their ages. 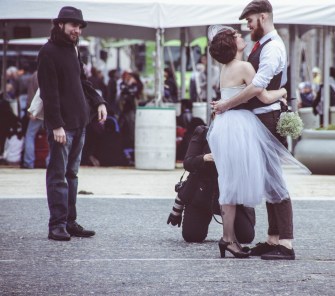 Our attitudes about marriage and its purpose are no doubt one part of the reason. For the NLSY79 group, getting married was simply the next relationship step after meeting and falling in love. Marriage for millennials is more of a maybe-yes/maybe-no decision, a reflection of each partner’s current goals and position in life. As sociologist Philip Cohen says, “Marriage is more and more an achievement of status, rather than something that people do regardless of how they’re doing.”

Boomers’ more dewy-eyed expectations of marriage no doubt led to lots of early unions that ended in divorce as couples grew up and apart. Now divorce rates are falling, down about 18% in the last eight years. With boomer divorce rates still doubling below 65 and tripling above that age, a significant share of the credit has to go to millennials. 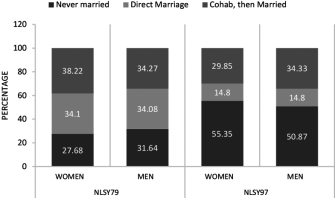 It’s not that people aren’t still hooking up. Our view of living together prior to marriage, or forgoing nuptials altogether, has also shifted. So while about a third of the NLSY79 cohort got married without living together first, this is a relative rarity in the NLSY97 group, with just 14.8% taking vows before sharing a space. In the 1979 group, 6.7% of married couples reported having cohabited first, while that’s risen to 22.4% among millennials. Interestingly, the people with the highest education level are least likely to live together, according to the new study—of course, they also have the most most debt to manage. 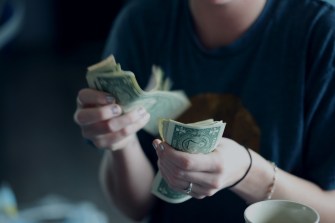 The two big differentiators in the NLSY97 cohort

Later marriages, if marriage at all

One major finding of Addo’s analysis is that, while nearly 70% of boomers were married by their mid-30s, less than half of millennials were similarly hitched at that age. Marriage rates altogether are dropping, with 9% fewer marriages over the last 25 years. 55.35% of millennial women and 50.87% of men were still single at 34.

The second major insight? When other factors are accounted for, education and its costs remain as the other major differentiator of this cohort, and thus the most likely influence on the dropping marriage rate. In fact, the NLSY79 cohort, there was a positive correlation between education debt and marriage—that’s now flipped.

People in the NLSY97 group are far more likely to attend college than boomers were, and the price tag in the U.S. for higher education is now nearly prohibitive for most students. Between the two cohorts, according to the study, “education loan debt increased thirty percentage points among young adults with at least 4 years of post-secondary education.” For 2015-2016, the average amount of debt for a bachelor’s degree was $30,301—that’s a lot of money to free up as one embarks upon adulthood and a career. For a graduate student the situation’s even worse.

Student debt in the U.S. is a growing crisis that’s moving the traditional idea of the American Dream out of reach for many.

Included in that dream for many is marriage and starting a family. This debt adds a lot of extra financial strain as one embarks upon adulthood with entry-level income. That monthly payment makes everything harder, including feeling settled and secure enough to make a lifelong commitment such as getting married or starting a family.

Your emotional brain is being manipulated to shop more, but there are ways to resist.

Our brains did not evolve to shop on Amazon.

7 of the most eccentric philosophers who ever lived

Philosophers can be pretty eccentric. Here we list seven of the most out there. Yes, Diogenes is included.