Watching coverage of protests in American streets, many of us have been shocked to witness what modern policing often looks like. Even putting aside the reason for many of these demonstrations in the first place—allegations of police brutality—what we see onscreen marching towards protestors is chilling. We witness police garbed in helmets, flak jackets, tactical dress, and carrying assault rifles, backed by weaponry designed for the battlefield, not the nation’s thoroughfares.

The primary source of this equipment and clothing is the Federal government’s 1033 program, which has been described as “Uncle Sam’s Goodwill Store.” This surplus military equipment (SME)—or “reutilized” gear as the Department of Defense (DOD) calls it—is granted, for free, to local law enforcement agencies, or “LEAs.” WIRED estimates the Pentagon has gifted to local police some $7.3 billion worth of military equipment and clothing.

Concerned about the manner in which this militarization has affected policing, and following 2014’s Ferguson protests, President Obama curtailed the program. The Trump administration removed these limits in 2017, claiming research had proved militarization reduces crime.

A new study from Louisiana State University (LSU) revisits that research, finding it incomplete and inconsistent. The researchers, led by LSU political scientist Anna Gunderson, collected their own more comprehensive and accurate data and concluded that militarizing local police does not actually reduce crime. 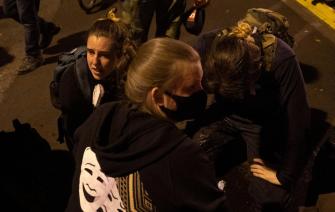 It’s no wonder that more than half of the American public no longer trusts the police. It’s hard not to get the impression that for many police departments, the mission has changed from one of support for its communities to an attempt to intimidate and dominate its members.

Studies back this up. Police whose departments use military equipment are more often violent with community members and are more likely to kill them. Neither is this a small problem at the margins of policing: Over 1,000 people are killed by police annually.

In spite of the Trump administration’s faith in the soundness of the 1033 program, others from across the political spectrum disagree. On the right, the Charles Koch Foundation asserts, “This erosion of public confidence in law enforcement and low support for militarization impedes law enforcement’s ability to effectively secure public safety.” From the left, the American Civil Liberties Union says, “We advocate for a return to a less dangerous, more collaborative style of policing. We should not be able to mistake our officers for soldiers.” 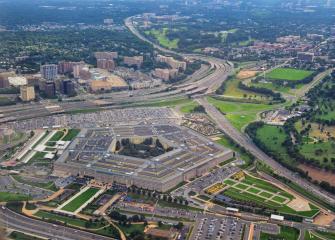 Gunderson explains to LSU Media Center that, “scholars rely on accurate data to track and analyze the true effect of police militarization on crime. Policymakers also need accurate data to base their decisions upon. However, to-date, we do not have reliable data on SME transfers to local police and sheriffs through the federal government.”

The research cited by the Trump administration was a study done by the American Economic Association based on SME data collected through a 2014 Freedom of Information Act request. Having a look at that data themselves, along with other FOIA 2014 data released by National Public Radio and newer data from 2018, the LSU researchers found that things didn’t quite line up. Where FOIA suggests certain counties received SME, NPR’s data showed no such transfer. Similarly, NPR reported departments receiving items such as weapons, grants that were not reflected in the 2018 data as expected.

“When we looked at the data and ran the replications, nothing looked like the results being cited by the Trump Administration,” Gunderson recalls. “We spent a year trying to diagnose the problem.”

The LSU researchers’ conclusion was the the previously released SME data from the DOD was too inconsistent to produce reliable insights. They conducted their own analysis, aligning newer data with country-level LEA data, to derive a cohesive, accurate picture that allowed them to more definitively assess who got SME transfers and who didn’t, and what effect it had on local crime statistics.

They found no indication that SME transfers led to a reduction in crime. The study concludes, “we find no evidence that federal distributions of SME to local LEAs across the United States reduce crime rates, neither violent nor nonviolent crime rates, in the jurisdictions that receive it.”

“This is a cautionary tale about the importance of oversight. The most important thing for policymakers and the public to know is that you can’t justify giving surplus military equipment to police departments on the grounds it will lead to a reduction in crime. There is no evidence for that. You can’t claim this program is important because it reduces crime.”

What’s more says, the report, “because of serious data problems and debatable methodological choices in prior studies, the empirical foundations on which social scientists, along with policymakers and the public, stand when making causal claims about the effects of the transfers of SME may be no firmer than quicksand.”

Detective fiction reveals how a particular society or time period looks at crime and criminal justice.
The Past

Bitcoin is often derided as volatile, but a new report suggests there is a method to the madness.
Neuropsych

Justice is not blind to beauty.
Up Next
The Present

This is how we can design a more sustainable digital economy

The biggest risk comes from doing nothing at all.